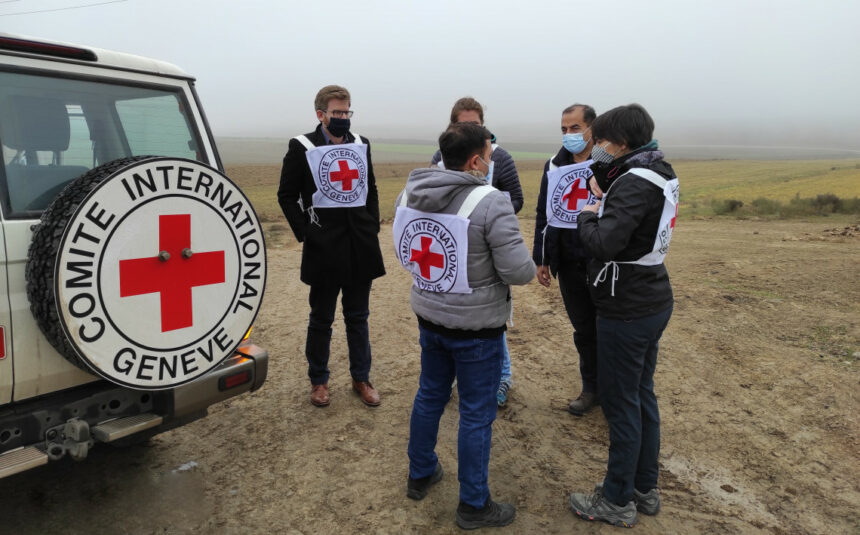 Aren't there too many "oddities" in the activities of the oldest humanitarian NGO?

Although the Red Cross is de jure an NGO, ICRC staff members have diplomatic immunity status. People usually talk about the Red Cross efforts in conflict zones with a kind of reverent awe, a mixture of admiration and respect.

But are their activities always up to such high standards?

The ICRC has been active in Azerbaijan since the nineties. It has always been treated with respect, from providing it with an office in a very comfortable area to cooperation on specific aspects. How does the Red Cross respond?

First of all, here is a shocking fact. The ICRC is also active in Khankendi. It was operating during the occupation as well. The ICRC supposedly has the right to operate in the zones of local conflicts and on the territories beyond the control of legitimate authorities. But what are we to make of the fact that the ICRC office in Khankendi is subordinate not to Baku, but to the Yerevan office of the Red Cross? Is this because it is easier for the ICRC to work this way? Perhaps.

But, first, there is such a thing as recognized borders, territorial integrity, and international law. And second, the ICRC offices in Donetsk and Luhansk are subordinate to the Kyiv office of the Red Cross. Yes, Ukraine has its own, and more than serious, complaints to the Red Cross, whose office in Rostov-on-Don was involved in the forced removal of Ukrainian citizens from Mariupol to the Russian Federation. But there was no direct violation of territorial integrity there, whereas in Azerbaijan they felt that it was unnecessary to respect the borders. We are a humanitarian organization, we can do that.

We would not split hairs over this, had the ICRC been rigorously fulfilling its humanitarian mission. But in reality, there have been too many instances of the Red Cross shielding Armenian war criminals. And there is every reason for such a resounding accusation. As far back as the nineties, it became known about several cases of Azerbaijani prisoners of war shot in Armenia. Which is in itself a grave war crime. But despite reliable information and even expert analysis by representatives of “third countries”, these cases have never been properly documented by the ICRC. One such incident was reported by Reuters in 1994. According to its information, 23 Azerbaijani POWs were held in Yerevan, the capital of Armenia. The Armenian authorities claimed that 8 of them were killed “while trying to escape”. This turned out to be a complete lie. As the British expert, Professor Derrick Pounder, told journalists, the wounds on the bodies of the killed people clearly indicated that it was an execution and not an “attempt to escape”. Six of the victims were shot in the head. And in three of them the barrel of the gun was in contact with the skin at the moment of shooting: we have medical evidence of that. Once again, these were prisoners who were already in the ICRC’s sight. And yet the Red Cross chose not to demand an international investigation into the deaths of the Azerbaijani POWs. The incident was simply hushed up.

This is not the only incident of this kind. The shooting of the POWs took place in February 1994. At least in October of that year Lachin Novruzov, another Azerbaijani prisoner of war, was still alive and wrote a heartbreaking letter to his parents: “Hello, Father and Mother. I, Novruzov Lachin, am in the village of Edilli in Armenia. Please, get me out of here! I’m begging you. Mom, this is Lachin writing. Get me out of here, no matter what! I want to live!” The letter was given to the family with a Red Cross stamp. But Lachin himself never came home. The ICRC did not deem it necessary to investigate his death. 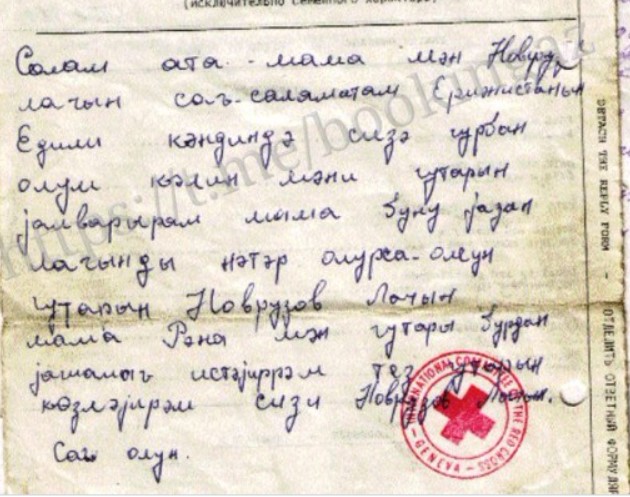 Furthermore, the International Red Cross, judging by many testimonies, has the exact coordinates of the mass graves of Azerbaijani victims of the First Karabakh War, both in the part of Karabakh where the Russian peacekeeping forces are temporarily deployed, and on the lands where the sovereignty of Azerbaijan has already been restored. But the ICRC is in no hurry to provide this information to the authorities of our country. It refuses to conduct expertise on the ground. At best, the Red Cross hinders the process of ascertaining the fate of at least some of the 4,000 missing persons. At worst, it covers up their killers.

Faced with this inaction on the part of the ICRC, Azerbaijan was forced to appeal to the ICMP (International Commission on Missing Persons), another international humanitarian agency headquartered in The Hague. But it provoked a fit of jealousy from the Red Cross. They refused to share information with the ICMP, tried to cut off its funding channels and did not allow its employees to come to Karabakh. Is this the desire to keep its own monopoly and status of the only organization dealing with the missing persons, prisoners of war, and so on in Karabakh? Or does the ICRC realize what details of the crimes of Armenian aggressors may become public, and punishing these war criminals is not part of the Red Cross plans?

The Red Cross also distinguished itself during the 44-day war. Its actions are not limited to the ICRC staff’s valiant silence about Armenian soldiers shooting up an ambulance, or their failure to respond when, after a missile strike on Ganja, the Armenian aggressors listed a military hospital as a legitimate military target. There are recorded instances of some ICRC employees gathering information about the whereabouts of Azerbaijani Armed Forces during the 44-day war, and then passing that information to the representatives of France, who passed it to the Armenian side. Of course, these employees, including one character of Lebanese origin, were removed from Azerbaijan when the details of their “spy games” became known, but how did the ICRC itself react to this revelation?

This is not even the only case of “spy games” played by the Red Cross. During the brief humanitarian truce brokered by France, the ICRC was actively collecting information about the Azerbaijani army, again at the request of France, Armenia’s “big sister”. Is this a “humanitarian mission”?

Another example. During the 44-day war, the ICRC demanded the cessation of hostilities in the Lachin corridor, because it was a “humanitarian road”. The head of the mission demonstrated unprecedented zeal here. In reality, the Red Cross was trying to prevent the Azerbaijani Armed Forces from liberating the city of Shusha.

This is not all. During the fighting for the liberation of Fizuli District, ICRC staff members voiced their concern: there were 200 Armenian soldiers in that section of the front who were seriously wounded and needed to be evacuated. The information was double-checked in Baku and it turned out that the soldiers were unharmed but surrounded, and the Armenian command decided to get them out of the “cauldron” and move them to Khojavand under the cover of ICRC. Now, during the protest rally of Azerbaijani environmental activists on the Lachin road, the head of the ICRC office in Yerevan Zara Amatuni says that four foreigners were evacuated from Khankendi by the ICRC. Meanwhile, there were no negotiations about any foreigners with Azerbaijan. What is the meaning of this? Who was moved out of Karabakh under the cover of the ICRC?

Finally, today, the ICRC refuses to have humanitarian cargo delivered to the area of temporary responsibility of the Russian peacekeeping forces in Karabakh via Tartar or Barda, insisting that everything should come only from the territory of Armenia. Is there a problem with geography there? Or is the ICRC doing its best to help maintain logistical schemes that fit the separatists’ guidelines? And it certainly requires an explanation why the ICRC staff is spreading incorrect, or rather, false information about the situation in Khankendi, keeping the Armenian fakes about a “humanitarian catastrophe” afloat.

After each incident of this kind, someone will probably want to urge us “not to generalize”, “not to engage in conspiracy theories”, and so on. But these “individual incidents” are not just numerous. There are enough of them to speak about a political trend in the ICRC activities. Moreover, this trend in itself and each such “case” separately require a most thorough investigation. Complicity in war crimes is not the kind of accusation where one can hide behind a “reputation”.