Azerbaijan is returning the occupied lands without war. The process is going in line with the provisions of the statement signed on November 10, 2020. Azerbaijan's dominating will is evident. Azerbaijan dictates the terms both on the ground and at the conference table. 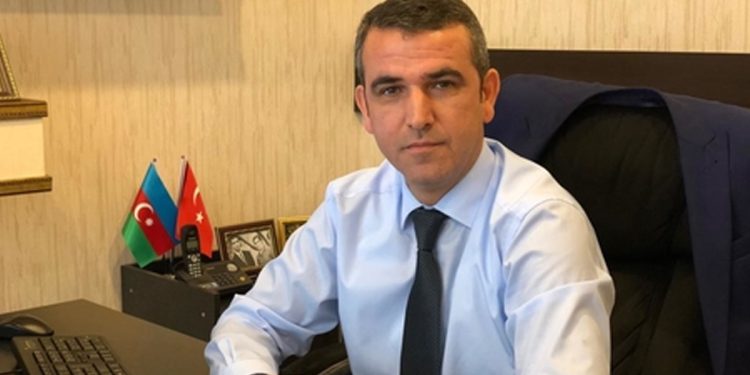 Armenia is the executor in this process, fulfilling its commitments. President Ilham Aliyev has built such a perfect policy that the enemy is being defeated even in the post-war period. Sometimes we clear large territories of the invaders without firing a single bullet.

The city of Lachin, the villages of Zabukh and Sus came back under Azerbaijani control. By the end of August, the Armenian population, which had been illegally resettled to these territories, will be evicted.

Yesterday (August 24) the executives of Azerbaijan Amelioration and Water Management OJSC inspected the Sarsang reservoir. This in itself is a very serious development. It means that said reservoir and its territory will be soon returned to Azerbaijan.

Azerbaijan restoring control over the Sarsang reservoir will be considered a milestone not only in the field of agriculture. It will go down in history as one of Azerbaijan’s most serious post-war political and diplomatic victories. It also has a symbolic meaning. This water will wash over the heart of the exiles, of the nation whose land was usurped.

This water will also revive our lands, it will play an important role in satisfying the water and land needs of our citizens, of the state.

As I watched the demolition of the posts and barracks of the Russian peacekeepers in the old corridor yesterday, the screams of that bloody gang rang in my ears again. Now their voices are silent. They do not even write or talk about this grand victory, this success of Azerbaijan. On the contrary, they do everything in their power to change the agenda, to overshadow the success we achieved as a country and as a nation or distract the world from it. After all, they turned to be in the wrong. Within a short period of time, Ilham Aliyev prevented the materialization of their bad intentions, pessimistic forecasts and the ills they wished for Azerbaijan. There was no one to say anything about it. And there will not be.

Soon there will be no Russian soldiers or Armenian armed groups on these lands. I said it from day one and I stand by my opinion: although the temporary deployment of the Russian peacekeepers in Karabakh is disagreeable, realistically, for Azerbaijan, it was an advantageous option.

How else could Turkey’s presence at the Monitoring Center in Aghdam and other areas of Karabakh be accepted by the international community and the Christian world?!

The main argument was that if Russian peacekeepers were to come here, we could say goodbye to the remaining lands. Moscow was not going to allow us to take Khojaly, Aghdara, Khankendi and our other territories back from the Armenians. And what do we see now? The things happening now have shattered the dreams and expectations of these people! The Russian peacekeepers cannot and will not prevent Azerbaijan from taking back its occupied lands without war! They are not even trying to. As per the agreement between the three leaders, Ilham Aliyev, Recep Tayyip Erdoğan and Vladimir Putin, and based on the common ground found with the West, all Armenian-occupied lands will be returned to Azerbaijan. They are being returned! Sometimes the enemy wants to stop this, and when it happens, they are defeated within a few hours in Operation Vengeance.

When the first group of settlers set out for the village of Agaly in Zangilan District on July 19, I wrote that there would be more to come:

“There are great things ahead; when they do happen, we won’t believe our eyes or our ears.” It has begun… Or let’s put it this way: the process that has begun continues. Last September I wrote that Azerbaijan was moving towards the return of Khankendi. With each passing day, the processes are taking us closer to the goal—to Khankendi.

All roads—political, military, diplomatic—lead to Khankendi. Those who once tried to blackmail the state and its leader with Khankendi, who said, “Why aren’t you taking Khankendi?” are now as concerned and outraged as the Armenians.

If we already have the Girkhgiz height, if the city of Lachin has been returned, then Aghdara will also be taken back from the enemy. Khojaly, Khankendi and our other lands will return under Azerbaijan’s control. There is and there will be no turning back from this path. Let us have a state that makes us feel triumphant and proud every day.