Despite being strategic partners with Israel, Azerbaijan doesn’t have an embassy in the country. Have the geopolitical conditions changed enough to make that possible? 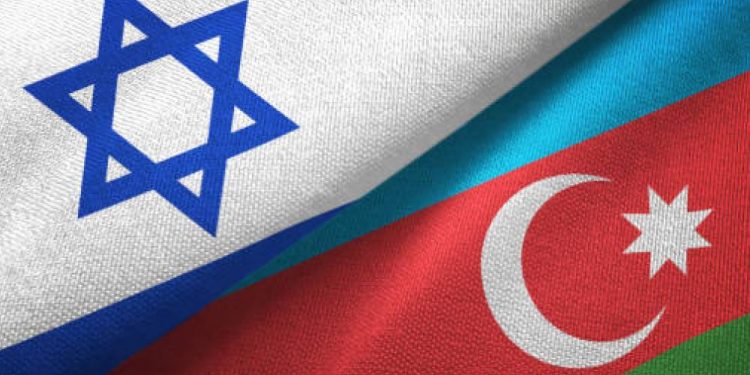 Azerbaijan has reportedly decided to open an embassy in Israel, one of its closest strategic partners. The news comes amid increasingly strained ties between Azerbaijan and Iran, Israel’s longtime nemesis.

Despite the deep, multi-faceted ties between the two countries, particularly in security and trade, Azerbaijan has never opened an embassy in Israel. (Israel has had an embassy in Baku since 1992.)

Its reticence to open an embassy has traditionally been attributed to its desire to marshal support from other Muslim-majority countries, in fora like the Organization for Islamic Cooperation, in its ongoing conflict with Armenia, as well as a desire to not provoke Iran.

But now, the geopolitical situation may be more amenable.

“One, the Abraham accords [establishing relations between Israel and some Arab countries] and the recent normalization of ties between Israel and Turkey, make it harder to claim that a Muslim-majority state having relations with Israel is something out of the ordinary,” said Gallia Lindenstrauss, a senior research fellow at Israel’s Institute for National Security Studies. “Second, the clear military victory of Azerbaijan in the second Nagorno-Karabakh War makes it also less dependent on political support from the Arab and Muslim world,” she told Eurasianet.

Deteriorating ties with Iran also have changed that calculation.

“From time to time some tried to give rise to an idea that some countries wouldn’t like it if there were an Azerbaijani embassy in Israel,” Naghiyev said in his remarks to Pravda.az. “The state of Azerbaijan manages its own foreign policy. If Iran opens a consulate in Gafan [the Azerbaijani name for Kapan] and says ‘Armenia is our partner,’ there is no reason for us to shy away from any country. It never was the case and never will be.”

Naghiyev’s comments came just two days after Iran opened a consulate in Kapan, in southern Armenia near the borders with Iran and Azerbaijan’s Zangilan region, which was among the territories Azerbaijan retook during its 2020 war with Armenia. The day before the consulate opening, President Recep Tayyip Erdogan of Turkey, Azerbaijan’s closest ally, was in Zangilan, attending the opening of an international airport and other new entities together with Azerbaijan President Ilham Aliyev. During his visit Erdogan also reiterated plans for Turkey to open a consulate in Shusha, another of the regained cities in Karabakh.

Meanwhile, Iran has been conducting massive military exercises along the Aras River, which defines the state border between Azerbaijan and Iran. The exercises are meant at sending a message to Azerbaijan against encroaching on Armenia’s borders, Iran’s Foreign Minister Hossein Amir-Abdollahian said.

Armenia, which Iran is ever more openly supporting in its conflict with Azerbaijan, opened its own embassy in Israel in 2020, making supposed Iranian objections to Azerbaijan doing the same seem unconvincing.

Azerbaijan already has been making moves toward establishing an embassy in Israel. It opened trade and tourism offices in the country in 2021.

In April, Israel’s President Isaac Herzog, in a letter to Aliyev commemorating the thirtieth anniversary of relations between Azerbaijan and Israel, encouraged Azerbaijan to open an embassy. “As we mark this significant landmark in our relations, I hope to see us fulfill an additional milestone, in the opening of the Azerbaijan Embassy in Israel. This will be a natural step succeeding the opening of the Tourism Office and the Trade Representation Office,” Herzog wrote.