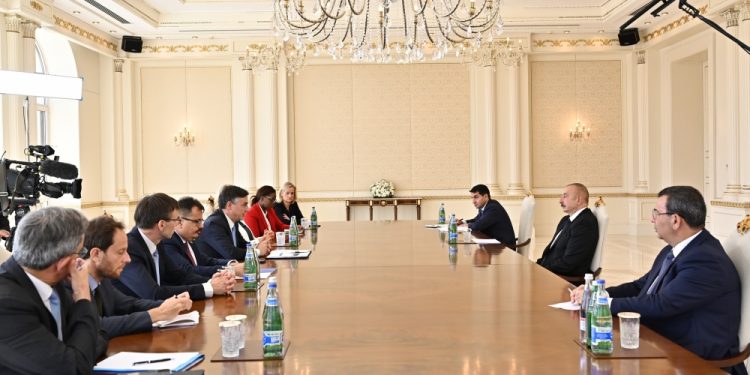 “Sometimes it seems that these resolutions are adopted by the Armenian parliament or maybe some Armenian lobby groups have some influence on them. Otherwise, it is very difficult to understand. When I said I was surprised, I meant exactly that.”

“To be honest, I was even a little surprised when I heard that you were planning a visit to Azerbaijan. Maybe the reason is known to you,” the head of state said.

“I remember the meeting where we extensively discussed the development of cooperation. But, unfortunately, it did not happen. The reason was not with us, but with the position of some members of the European Parliament. We consider that position to be completely unjustified. Accusations and insults were voiced against us and false information spread,” the Azerbaijani leader said.