The signing ceremony of the declaration on the development of the North-South International Transport Corridor following the first Azerbaijan-Russia-Iran trilateral meeting was held in Baku. 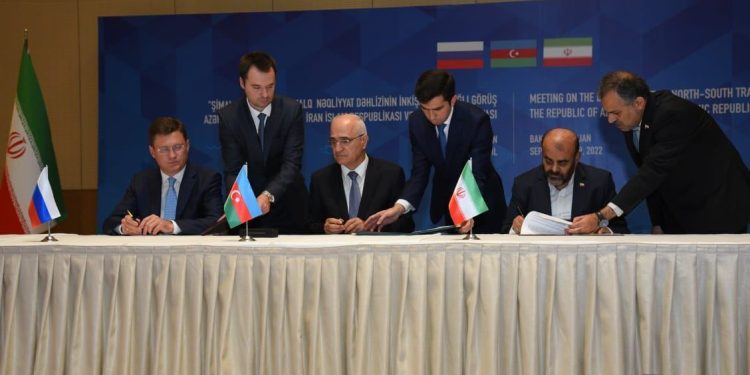 The parties stressed the importance of establishing a working group to address transport and transit issues and procedures through the territories of Azerbaijan, Russia and Iran in the context of the development of the corridor and expressed the intention to hold the first meeting within a month.

In addition, the parties intend to draft an agreement on the Rasht-Astara railroad project within a month. The document also welcomes the integration of the Iranian port Chabahar into the corridor.

Note that the trilateral meeting of representatives of Azerbaijan, Russia and Iran was held in Baku on September 9. In the course of this meeting, the officials reported on the progress made on the sites in their respective countries, as well as exchanged views on further steps and proposed further mechanisms that would contribute to the acceleration of the development of the North-South International Transport Corridor.