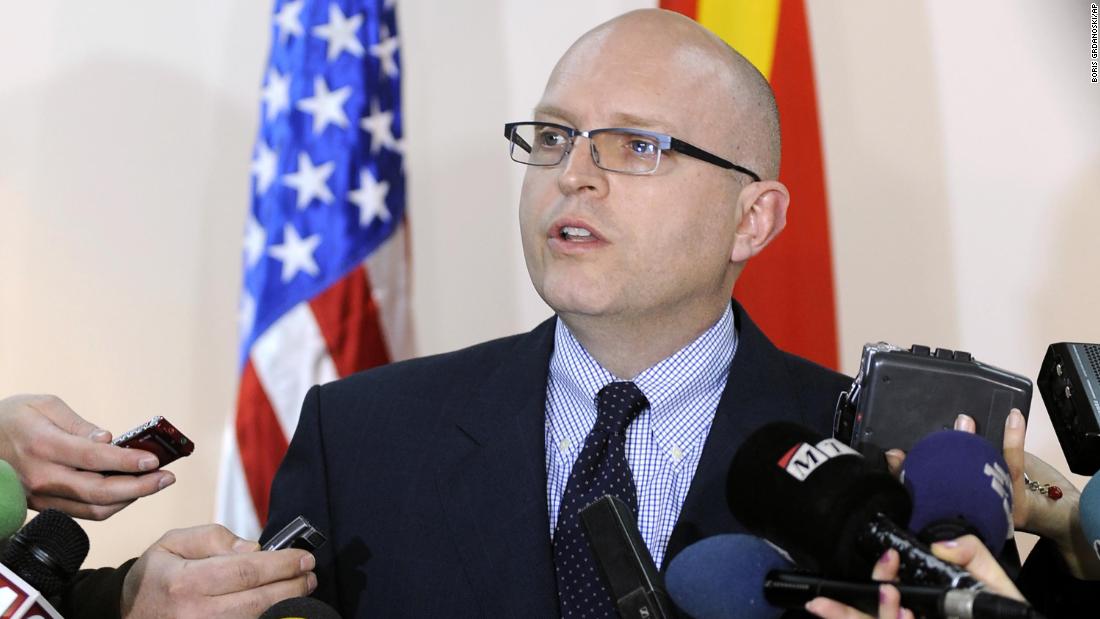 Hikmet Hajiyev, Assistant to the President of Azerbaijan and Head of Foreign Policy Affairs Department of the Presidential Administration, criticized these countries’ stance.

“We cannot understand why they are not here. They may or may not participate. We probably will not invite them after this. But the fact that they did not come, and the fact that they made some statements about reviving the Minsk Group, once again demonstrate what mission they were carrying out within the framework of the 30-year negotiation process,” Hajiyev said.

Political analyst Farhad Mammadov shared with us his views on the absence of the ambassadors of said countries at the conference in Shusha.

Mammadov described the behavior of the United States and France as strange and linked it to the fact that during the 44-day war and after it, those countries lost the most in terms of geopolitics in the region, since all the major decisions were made without their involvement.

“Again, Washington and Paris have only themselves to blame, because they opted to support and legitimize Armenia’s occupation policy. It was this approach that led to this state of affairs. If they continue in the same vein after the war, it is their choice. And their geopolitical losses will be even greater,” the expert believes.

According to Farhad Mammadov, apparently, Paris and Washington see and understand the so-called Nagorno-Karabakh within the borders of Azerbaijan’s NKAO, which was abolished back in 1991.

“It is their choice, because they see the map in their own way, while Azerbaijan has its own view of it. And the position of these countries in this issue is important, but Azerbaijan makes moves without factoring it in. Here we have an element of interest of those countries in the region, as well as a purely moral element of self-respect. That is, if they speak from a certain position and get disagreement and a harsh reaction in response, they have to accept it somehow. This demonstrates that the ambassadors of these countries suffer because of the position of their capitals,” the political scientist said.

Furthermore, he explained the ambassadors’ refusal to go to Shusha by internal dynamics. Farhad Mammadov believes that neither the US State Department nor the French Foreign Ministry want to clash with the influential Armenian diaspora, with the politicians who sold out to the Armenian lobby, both in the French Parliament and the US Congress, where they hold important offices.

“But by addressing their domestic issues, they are losing out in the region. I believe that Azerbaijan must show through its actions the harmfulness of such steps and show that the political weight of the losses in the region will be greater than that of solving internal problems.”

According to him, appointing Reeker to the two positions, especially to the position of OSCE Minsk Group co-chair, would limit his activities at least in Azerbaijan. “Of course, the United States is a superpower, but in this geography, the interests of Azerbaijan must be taken into account. And if the title ‘Co-Chair of the OSCE Minsk Group’ is voiced, the attitude to it will be appropriate.

“Toivo Klaar (EU Special Representative for the South Caucasus and the Crisis in Georgia—Ed.) has no such title, and our relationship with him is more pragmatic. That is why, I repeat, the role of the OSCE Minsk Group Co-Chair will limit Reeker’s activities rather than create more opportunities. The first position, that of Senior Advisor for Caucasus Negotiations, is broader and would enable him to engage in the normalization of Armenian-Azerbaijani relations. Again, this appointment is dictated by domestic circumstances in the US, but Baku’s harsh position shows that Reeker will not be allowed to be involved in the process of resolving Armenian-Azerbaijani issues”, he stressed.

Answering the question of whether there is currently any tension between Baku and Washington, Farhad Mammadov said that Azerbaijan had never initiated any complications in relations with the United States.

“It was the position and actions of certain agencies of the United States that created tensions in the relations between the two countries. When the United States’ position was pragmatic, the relations were successful. The oil projects, the pipelines and so on are clear proof of this. Complications were caused by statements initiated by the United States. These include the refusal to fund the Baku-Tbilisi-Kars railroad, which the collective West, including the US, needs so much today. These also include the refusal to invite Azerbaijan to various international forums hosted by the United States. So, basically, they reap what they sow. Azerbaijan has a principled position on establishing relations on an equal and mutually beneficial basis.”

If the United States does not go for it for certain reasons, then it is their choice. “Azerbaijan implements everything it has planned with its partners, including Russia and the United States. But if some of the global players are opposed, it does not become an obstacle for our country. I think that experienced people in the US understand this,” Farhad Mammadov said.

As for the current situation, the agenda of Azerbaijani-American relations is quite broad and the process of normalization of relations with Armenia is one of the issues on it. “But the bad taste left by the United States’ statements and actions, especially the refusal to visit Shusha, lingers. And, of course, this will have an impact on other areas as well. But strategically, there will be progress in the issues on which the US wants to cooperate, and it is in Azerbaijan’s interests,” the political scientist concluded.