The Center for Economic & Social Development in Baku, Azerbaijan, has released a report on the initial impacts that western sanctions on Russia will have on the Azerbaijani economy, noting both positive and negative effects. 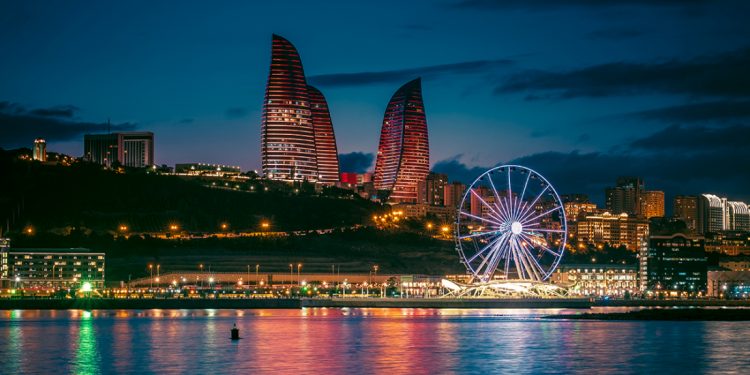 The study, “Assessment of Initial Impacts of Western Sanctions against Russia: Effects for Azerbaijani Economy”, was authored by CESD Researcher Emin Mammadov.

The report says that the Russian economy is facing particularly grim predictions as a result of western sanctions over its renewed invasion of Ukraine on 24th February 2022. This year, the International Monetary Fund predicts Russia’s economy will contract by 8.5%, inflation will reach 24%, and unemployment will double to 9.6%. The World Bank also estimates huge reductions in Russia’s trade of goods and services; imports and exports are predicted to decrease by 30.9% and 35.2% respectively.

These drastic figures will inevitably have implications for the Azerbaijani economy through numerous ‘spillover channels’. In Azerbaijan, these knock-on effects are likely to emerge in the form of ‘import-export and supply chain disruptions, additional inflationary pressures [and a] shortage of remittance flows’. On the other hand, increasing global energy prices have given Azerbaijan a welcome windfall.

The report notes that in 2021, Azerbaijan imported $2.74bn of goods from Russia, including $300m of wheat, $100m of timber, and $46m of vegetable oils. Supply chain shocks will drive up inflation in Azerbaijan as the country is unable to import the affected goods from elsewhere in the short term.

Meanwhile, Azerbaijani expats in Russia will likely be negatively affected by sanctions on business and rising unemployment, depriving Azerbaijani nationals in Russia of their jobs and income. This, as well as the devaluation of the Russian ruble, will result in a decreased value of remittances transferred to Azerbaijan.

Simultaneously, however, the report notes that increased global energy prices resulting from sanctions on Russia have provided Azerbaijan with a windfall, supporting and stabilising the national currency, and creating a ‘significant surplus’ in the nation’s current account. This surplus can be utilised to step up the ‘implementation of nationwide projects and reforms’ such as increasing defence spending and reconstructing areas in Nagorno-Karabakh.