Fuad Muradov, Chairman of the State Committee on Work with Diaspora, met with the delegation headed by ASA president Tomris Azeri. 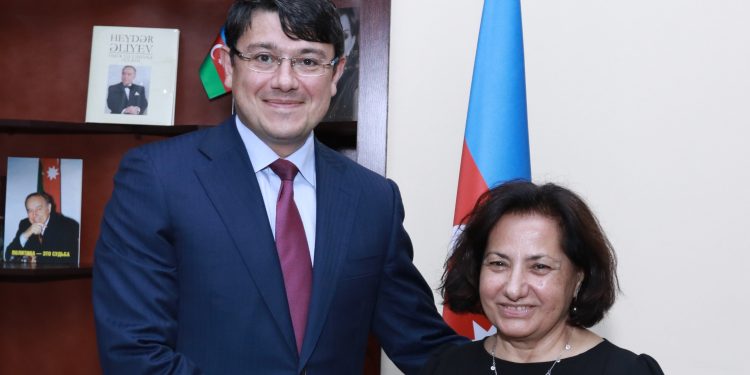 The chairman of the Committee gave detailed information about the diaspora policy, history of the formation of Azerbaijani diaspora, new and important projects implemented by the Committee. The issues regarding the visits of the diaspora members, foreign journalists and historians to Karabakh, the role of ASA in conveying the truths of Azerbaijan to the American society were also touched upon at the meeting.

Tomris Azeri and other guests thanked for the warm reception and talked about the cooperation of the Turkish-Azerbaijani diaspora in the United States, the participation of our diaspora members in the social and political life of this country.

The delegation headed by Tomris Azeri is scheduled to meet with a number of official agencies, high school staff and to pay a visit to Karabakh region.

At the end of the meeting, Tomris Azeri was presented a Medal “For service in diaspora activity”.

It should be noted that the president of Azerbaijan Society of America (ASA) Tomris Azeri is the granddaughter of Nagi Sheykhzamanli, one of the founders of the Azerbaijan Democratic Republic, the second chairman of the National Council of Azerbaijan. 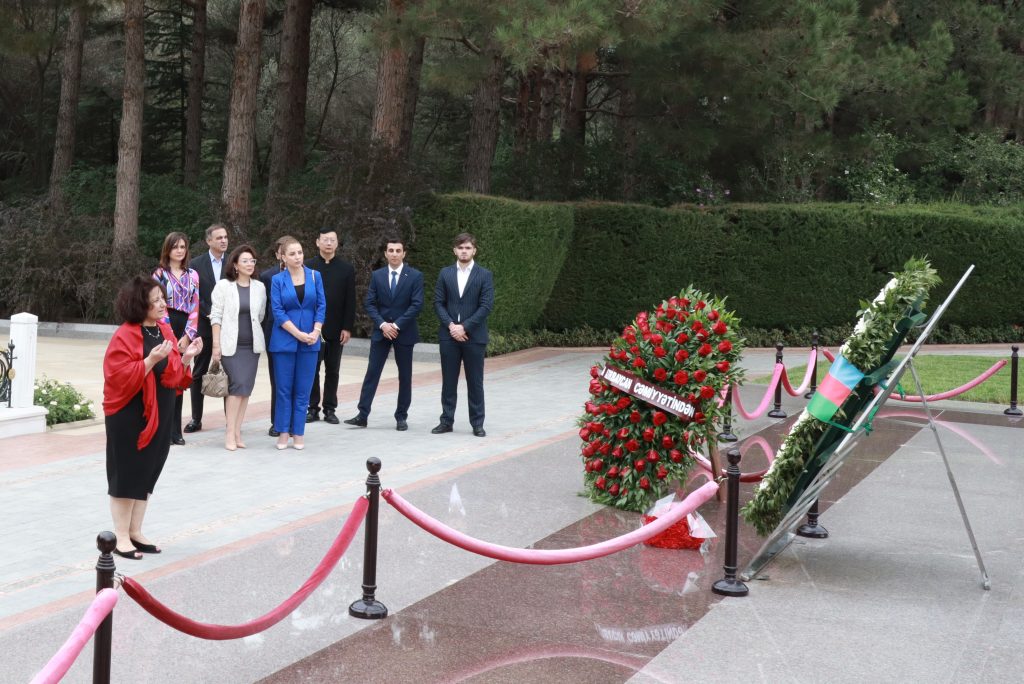 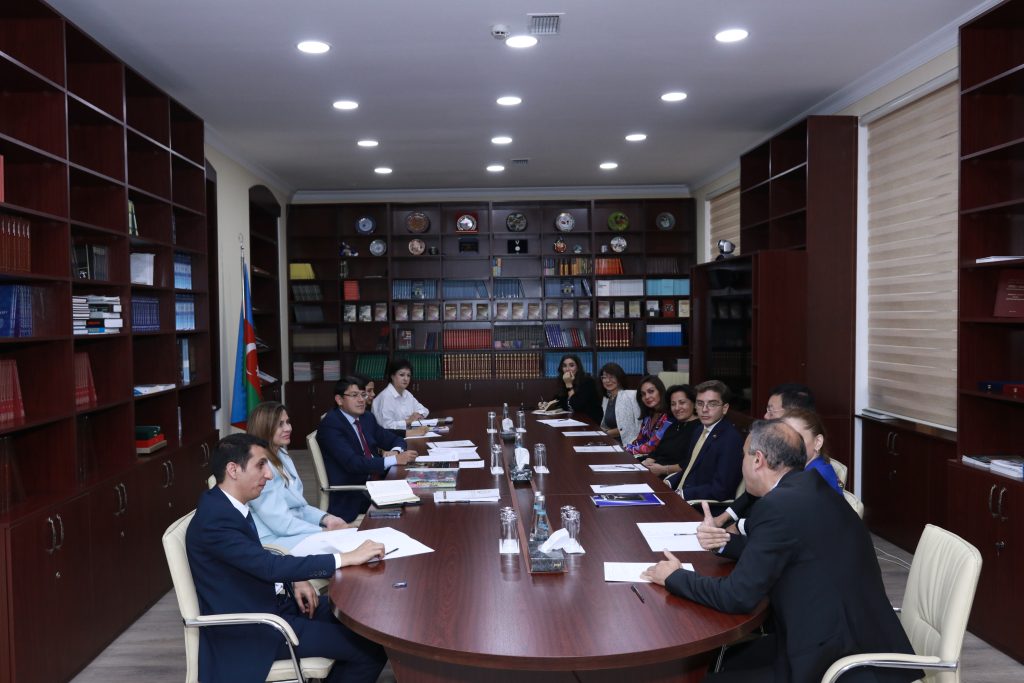 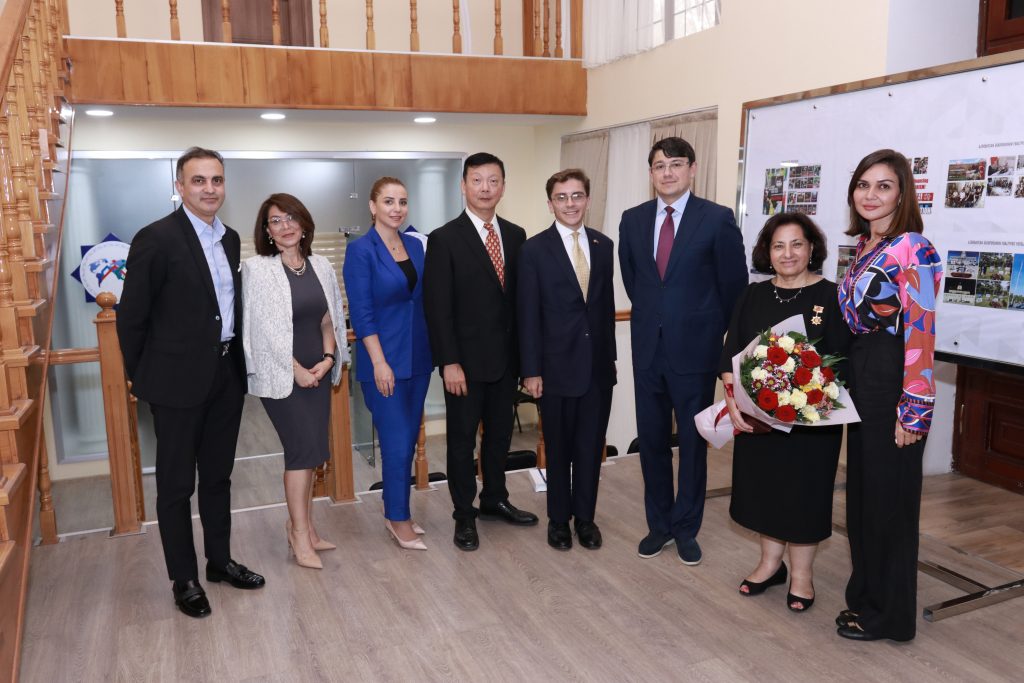 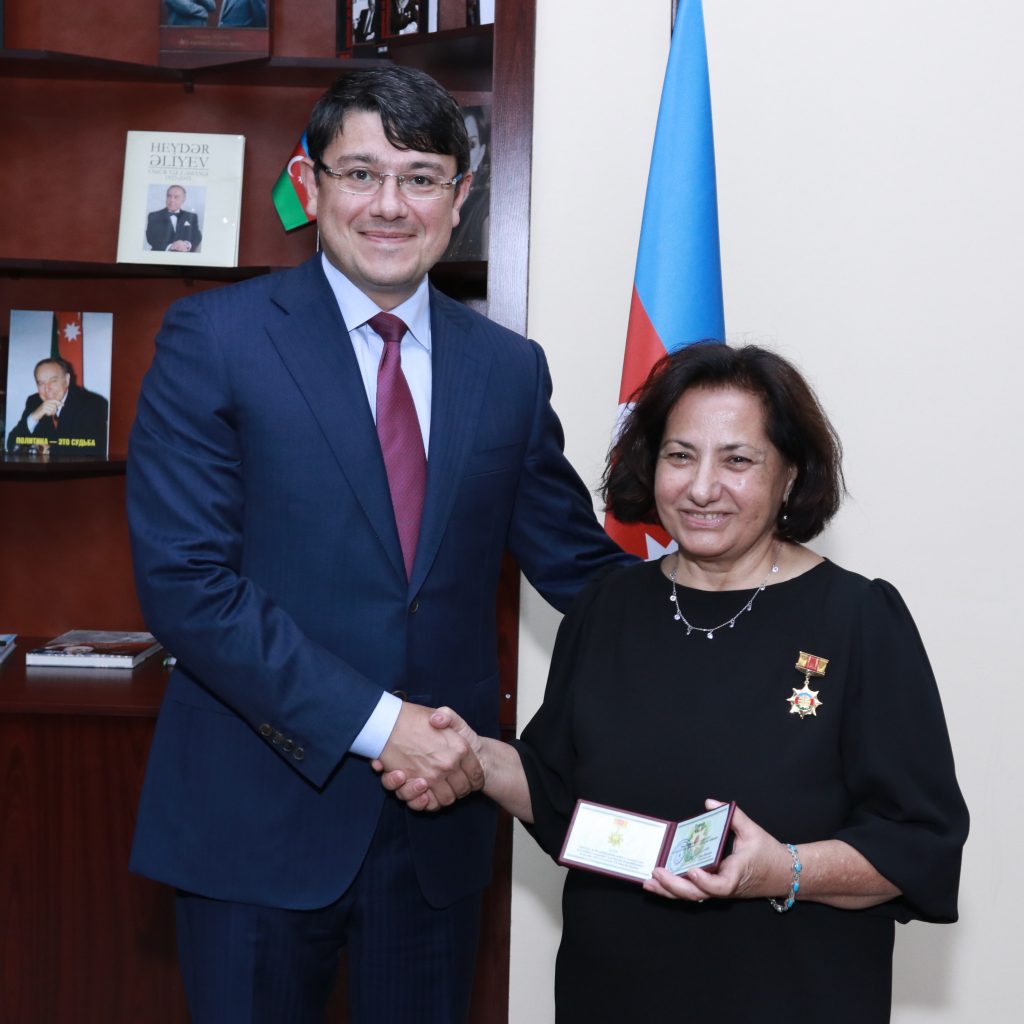