Diplomatic scandal between Moscow and Yerevan

A diplomatic scandal is brewing between Russia and Armenia over the allegations of Russian agencies' involvement in the explosion at the Surmalu shopping center in Yerevan. 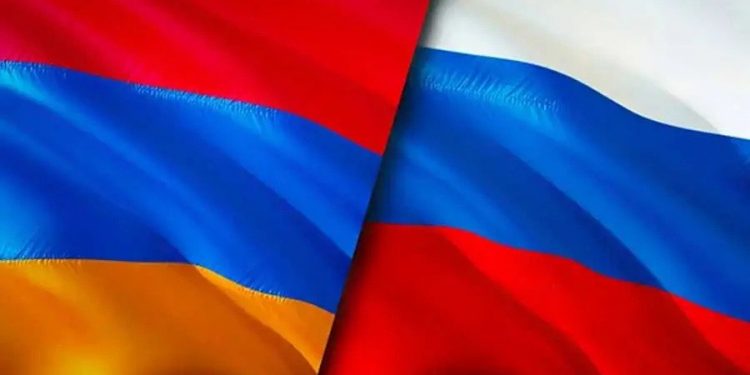 As previously reported, according to the Armenian Ministry of Emergency Situations, a powerful explosion took place at the pyrotechnics depot of the shopping center on August 14. A fire broke out and part of the building collapsed. According to official data, 16 people died and 62 were injured.

The Russian Embassy sent a note of protest to the Armenian Foreign Ministry on Wednesday. “We are outraged by the cynical fake reports in the local media, containing blasphemous and false accusations against Russian structures in connection with the August 14 tragedy at the Surmalu shopping center,” the Russian diplomatic mission said in the released statement.

We previously reported that against the background of the tragedy at the Surmalu shopping center, Baghramyan 26, an Armenian pro-government Telegram channel, accused the Russian embassy of trying to discredit the Armenian authorities.

It was openly said in Yerevan that the tragedy in Yerevan with human casualties was used by Russian propagandists to spread panic among the Armenian population. Quasi-journalist Mika Badalyan and his partner, the infamous Semen Pegov, whom we know from the Second Karabakh War and the “Somalia” battalion’s “heroics” in Donbas, particularly “succeeded” in this.

Badalyan and Pegov spread false information about the number of dead, claiming in particular that a five-year-old girl was killed in the explosion. At the same time, Armenian bloggers ran the story that Russian media had reported the tragedy several hours before the explosion itself. The information was later refuted, but the very fact that the version about Russia’s involvement in the tragedy at the Surmalu shopping center in Yerevan was so eagerly picked up by social media users clearly illustrates the anti-Russian sentiments and anti-Putin atmosphere currently dominating in the Armenian ruling elite and in society at large.