Azerbaijan sees the Middle Corridor project as another opportunity to boost fruitful partnerships with China, Kazakhstan, and other parts of the landlocked Central Asian region. 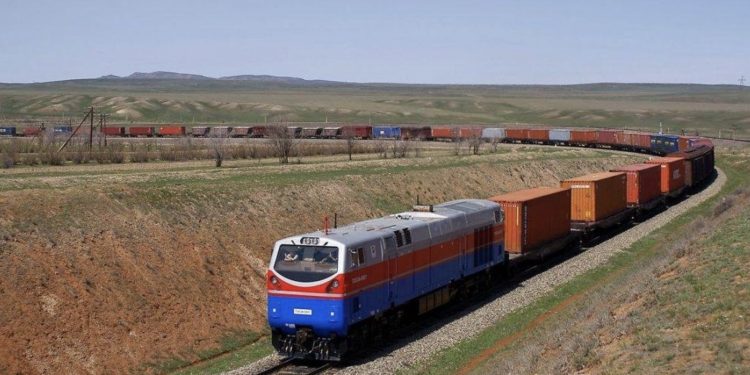 Among the many significant geopolitical consequences of Russia’s war against Ukraine has been the reinvigoration of the Middle Corridor, both as a regional economic zone comprising Central Asia, the Caucasus, and Türkiye but also as an increasingly attrac­tive alternative route between Europe and China. As such, new security challenges in Europe have forced the Western block of countries to explore new and reliable trade routes to avoid Russian territory.

Following international sanctions on Russia and Belarus amid the war, the Middle Corridor – a joint venture composed of Azerbaijan, Georgia, Kazakhstan, and Türkiye gained a new impetus and prominence. Internationally known as the Trans-Caspian International Transport Route (TITR), the route stretches from China to Europe through Central Asia and the South Caucasus and is divided into two main lines. The first route is China-Kazakhstan-Caspian Sea-Azerbaijan (Northern Lines), and the second route is China-Kyrgyzstan-Uzbekistan-Turkmenistan-Caspian Sea-Azerbaijan (Southern Line) with an additional extension via the Lapis Lazuli Corridor.

The significance of the Middle Corridor is that it offers safe access to Western countries since it is not subject to any international limitations compared to other transit routes. Moreover, the level of strategic partnership of Azerbaijan with Georgia, Türkiye, Kazakhstan, Uzbekistan, and Turkmenistan makes the relevance of the corridor more explicit.

Under new global security cataclysms, and geopolitical realities, the transportation volume through the corridor has increased significantly. According to the open data, the transportation volume from January to March 2022 increased up to 266,300 tons of cargo, and in September 2022, the volume of transport reached 845,000 tons of cargo. Although numbers are on the rise, the project still requires sufficient investments from national governments and international donors. Also, additional measures would be required to eliminate additional problems, such as upgrading the efficiency of customs control on the Kazakhstan-China border.

In addition to that, Georgia still lacks a deep-water port on the Black Sea as of 2022. The country scheduled 2021 as a completion date for the development of a new deep-water port in Anaklia with a projected capacity of 100 million tons per year, but Georgia pulled out of the contract in 2020. Therefore, there are now two routes available, one by ferry across the Black Sea and one overland through Türkiye. In both cases, reaching the targeted Central European markets is challenging due to the fact that the routes lead through either Ukraine or Romania, where the rail infrastructure is in a fairly poor state

Besides the construction of deep-sea water, Georgia’s major east-west highway has been under construction for several years, and only a small part of it was inaugurated in 2020 and 2022, respectively, with the financial support of the EU. On its end, Azerbaijan managed to develop infrastructure by heavily investing in the Baku Sea Port in Alat with the first-phase capacity of 10–11.5 million tons of general cargo and 40,000–50,000 TEU containers, with plans for further expansion.

On the Caucasus rail side, the Baku–Tbilisi–Poti/Batumi main line is an electrified, mainly double-tracked line with heavy freight traffic capacity. Both Georgia and Azerbaijan have invested in rail track development over the past decade, meaning that this segment of the corridor is now in good condition.

It is obvious that the newly enhanced strategic partnership between Kazakhstan – Azerbaijan is the backbone of the further development of the Middle Corridor. Recently growing ties between Baku and Astana, followed by President Kassym Jomart Tokayev’s official visit to Azerbaijan on August 25, 2022, at the invitation of his counterpart, President Ilham Aliyev, amid deteriorating relations with Moscow due to the latter’s crackdown on Caspian Pipeline Consortium (CPC) that delivers Kazakh oil to Europe. The frequent disruption of Kazakh oil via Russia makes the partnership with Baku vital. Azerbaijan alongside its natural ally Türkiye, has formed new strategic partnerships with Kazakhstan and Uzbekistan, and connectivity projects have played a key role in their formation.

Kazakhstan, the biggest Central Asian country, is set to play a crucial role in the Eurasian transcontinental trade within the scope of the Belt and Road Initiative and the EU’s economic aid.  Later, on March 31, 2022, Georgia, Azerbaijan, Türkiye, and Kazakhstan decided to form a Joint Venture on the Middle Corridor that should be operational by 2023. The 2022 Action Plan elaborates on the steps to be taken to facilitate transshipment processes and the smooth passage of cargo through different countries and modal­ities. In early May, experts from Georgia’s state railway met in Ankara with counterparts from Türkiye, Azerbaijan, and Kazakhstan to discuss the prospects of the Middle Corridor. As a result, companies from Georgia, Azerbaijan, and Kazakhstan launched new feeder vessels between Geor­gia’s Poti and Romania’s Constanta ports.

Azerbaijan sees the Middle Corridor project as another opportunity to boost fruitful partnerships with China, Kazakhstan, and other parts of the landlocked Central Asian region. Also, the corridor project will boost Azerbaijan’s image as a safe and reliable transit hub linking Asia to Europe and ensure deeper regional integration. Therefore, the EU’s interest in the project should not come as a surprise. With the Ukraine war, the EU faces major disruption of cargo deliveries with further damage to local economies and business activities. Therefore, there is a necessity to develop a new route with modern infrastructure to avoid any technical disruptions.

Notwithstanding this fact, the participating states in the Middle Corridor project still need revises and additional consultations between the participating countries and intensive meetings with international partners/donors. Undoubtedly, the project needs additional funds, as some countries do not have sufficient funds to rebuild major infrastructure within the Middle Corridor project.