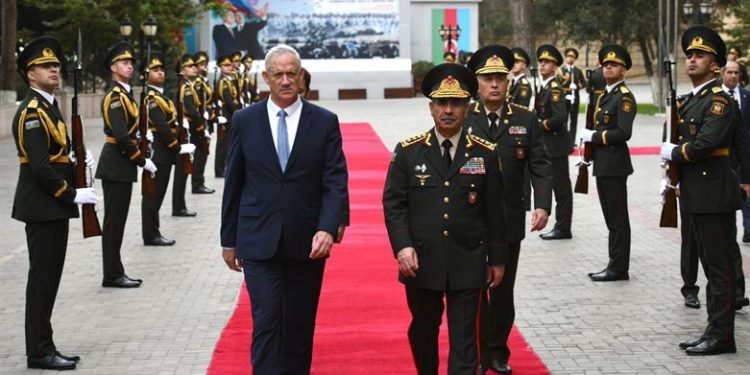 Defense Minister Benny Gantz completed today an official visit to Azerbaijan, which was dedicated to security and policy issues, and aimed at fostering defense cooperation between the countries.

During the visit, Minister Gantz emphasized the importance of maintaining strategic relations between the State of Israel and the Republic of Azerbaijan, as well as the importance of continuing to work towards regional and global peace and stability. During his meetings, Minister Gantz reflected on the changes in the Middle East region following the signing of the Abraham Accords, and discussed Israel’s developing ties with Turkey and additional countries in the region and the world.

The visit was not reported until Gantz departed back to Israel for security reasons.