Many analysts don’t think Turkey’s talk about formation of a Great Turan attracts Azerbaijanis let alone in Central Asians and the Turkic peoples of the Russian Federation, but Kamran Gasanov of Moscow’s Friendship of the Peoples University says, it is just as powerful an idea among Turkic peoples as the Russian World is among Russians. 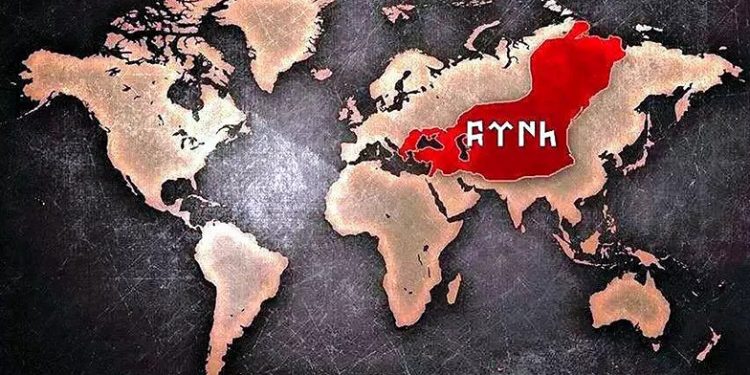 Those who dismiss the idea like Valdai Club political analyst Farkhad Ibragimov say that the geopolitical conception of Great Turan is too nebulous and undefined to be that attractive to any leader focusing on the practical needs of the economy and international relations (svpressa.ru/politic/article/303012/).

But Gasanov says this such an argument misses the point in two ways. On the one hand, Azerbaijan is already closely linked to Turkey with various rail and pipeline links and its involvement with Turkey makes it a natural bridge across the Caspian to the Turkic countries of Central Asia.

“The conception [of Great Turan] exists in the mind just as does ‘the Russian World.’ It isn’t part of the official documents of the government of Turkey,” but it informs how Turkish officials view the world and thus implement policies even if the term itself is not mentioned as a goal.

“In principle,” Gasanov says, “the plan is a real one. Azerbaijan’s role in it is to serve as a trampoline for Turkish expansion into our North Caucasus and into Central Asia.” Moscow needs to recognize this reality. If it waits too long, it may find itself on the outside looking in, even within its own territory.

Russia is not the only country threatened by Turan. Iran obviously doesn’t want to see this kind of expansion. In the longer term, China doesn’t either not only because of the Turkic peoples within its borders but also because of Beijing’s hopes to emerge as the dominant player in Central Asia and the Caucasus in the longer term.

Russian scholars are beginning to pay for attention to contemporary Turanism – see zen.yandex.ru/media/centralasia/chto-takoe-turan-i-kakie-narody-ottuda-proishodiat-5fc67685f29188080e1aaf88 – and there is now a Russian-language portal devoted to the subject – TuranToday.com.

But the exchange between Ibragimov and Gasanov suggests that debates about something few in the West currently pay much attention to are assuming an ever greater role in Moscow’s thinking.