Iran is preparing Armenia for a new war against Azerbaijan

The diplomacy of the Persian Empire, which in the past stretched over vast territories, is called by some researchers the "gold diplomacy", that is, relations with the right states were sustained by substantial financial, food, military or other assistance. 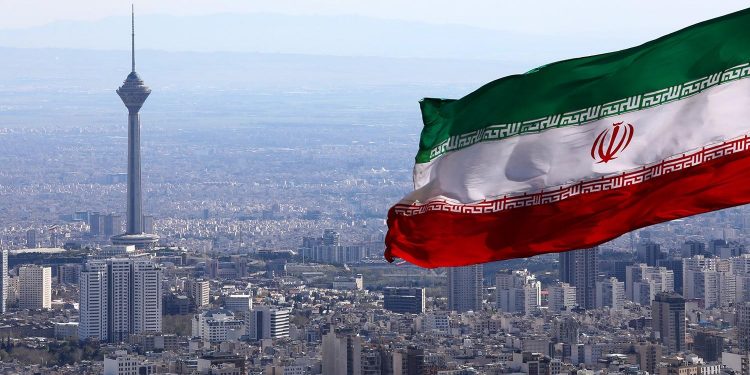 Material incentives were used by Persian rulers as tokens of gratitude for loyalty and understanding and were a means to achieve various goals in foreign policy.

According to the reputed Russian historian Eduard Rung, there was a tradition in the foreign policy of the Persian Empire, where the Persian king would give gifts to people outside his empire in order to gain supporters among them. Gifts were given for certain services rendered to the king or the empire. This was a way for Persian rulers to try and pursue a policy of strengthening their influence outside the empire without engaging in military action. And while the Persian Empire is long gone, today’s Iran still often resorts to the “gold diplomacy” in its foreign policy and diplomacy.

Today, Tehran covertly or openly sponsors a number of organizations and movements that are considered terrorist in the civilized world. In return, they either hew to Iran’s foreign policy, or carry out certain, not necessarily delicate tasks at the behest of the clerical regime. But Iran turned out to be a benefactor and sponsor not only of terrorist organizations, but also of some states, whose interests clearly converge with those of Iran. Armenia is one of those states. The interests of Tehran and Yerevan with regard to the South Caucasus in general, and Azerbaijan in particular, are closely intertwined, resulting in a curious tandem of a state sponsor of terrorism (note that this is a Western definition) and a state that often resorted to terrorism and aggression in the recent past. Since the regional geopolitical situation after Azerbaijan’s crushing victory in the 44-day war suits neither Tehran nor Yerevan, this tandem is intensively preparing an attempt to turn things around in their favor.

According to informed sources, Iran and Armenia have been actively taking steps to expand military and technical cooperation that involves Yerevan getting Iranian developments and technologies in the military-industrial complex. In this context, the increased frequency of visits to Armenia by executives of Iranian military companies and intensive communication through diplomatic channels are of undoubted interest.

For example, in January of this year, an event was organized in Yerevan to inaugurate the Iranian Export and Investment Center. The event was attended by representatives of Iranian companies specializing in the manufacturing of UAVs and lasers for various purposes. Note the participants from Iran:

Following these meetings, a joint technology group was set up for the purpose of accelerating the export of Iranian nanotechnology products to Armenia, as well as systemic cooperation between Tehran and Yerevan in the field of custom military-use programming. In this regard, the Armenian side said in the negotiations with the Iranian side that in order to expand cooperation with Iran on technology projects, it would be expedient to use the capabilities of Armenian entrepreneurs from the diaspora. In general, it should be noted that the process of more active involvement of the Armenian diaspora in the lobbying for Iranian interests is a ubiquitous phenomenon.

Moreover, according to our sources, diplomats of the two countries have also joined the process of strengthening the military and technical cooperation between Iran and Armenia. Former Armenian Ambassador to Iran Artashes Tumanyan and military attaché Artur Aznavuryan held meetings at the Iranian Ministry of Defense, where they thanked Tehran for the pro-Armenian position it had demonstrated during the 44-day war.

Notably, the Iranian side created the best possible conditions for Ambassador Tumanyan to spread through the Iranian press fake statements about the alleged participation of “terrorists” on the side of Azerbaijan with the organizational and logistic support from Turkey. Tumanyan said that it was purportedly for this reason that Iran had been forced to deploy its armed forces on the Azerbaijani border. Meanwhile, if we look at the chronology of events, there is an obvious discrepancy in the propaganda spun by the Armenian diplomat: Iranian troops were deployed on the Azerbaijani border before the recent aggravation in the relations between Tehran and Baku.

While Tumanyan worked in Iran, Iranian Ambassador to Armenia Abbas Badakhshan Zohouri met with the Chief of the General Staff of the RA Armed Forces Artak Davtyan to discuss the prospects for expanding the defense cooperation between the two countries.

At a military graduation ceremony in early October, the Supreme Leader of the Islamic Republic of Iran Ayatollah Khamenei said, “Those who dig a hole for their brothers will be the first to fall into it.” Wise words of caution—that Iran itself should heed. Today Tehran decided to embark on the path of militarizing Armenia, re-equipping its Armed Forces, which were thoroughly battered in the 44-day war. Nobody in Azerbaijan is naïve, especially when it comes to Armenia. The goal of both Iran and Armenia is obvious to us. That goal is Azerbaijan. Either member of this tandem follows its own logic. Iran is unhappy with Azerbaijan and Turkey strengthening in the region, taking control of the Azerbaijani-Iranian and Azerbaijani-Armenian borders with all that it entails. Armenia dreams of revenge, of returning to the policy of occupation. Their interests and goals are aligned, and the rest will fall into place—including military equipment, which Iran is willing to share with Armenia so generously. Doesn’t this sound like the “gold diplomacy”?

And yet, both Tehran and Yerevan refuse to understand that this policy is misguided, and the insistence on pursuing it spells disastrous consequences for the region. It is easy to damage relations with one’s neighbors and so much more difficult to regain lost trust. By the way, having moved from covert to open support of Armenia, Iran has already lost in the key struggle for influence in the region—the struggle for the hearts and minds of the Azerbaijani people. We are well aware of all the processes around the Iranian-Armenian cooperation in the military-industrial complex, no matter how hard the Iranians may try to hide them from the public eye, and we will continue to keep them in the spotlight. Too bad. Deep inside, we wanted to believe official Tehran for once when it said that the “stage of open tension” was over.