‘Israel and Azerbaijan are both targets of Iran’

Zionist Organization of America welcomes Azerbaijan announcement of embassy in Israel, says it should be opened in Jerusalem. 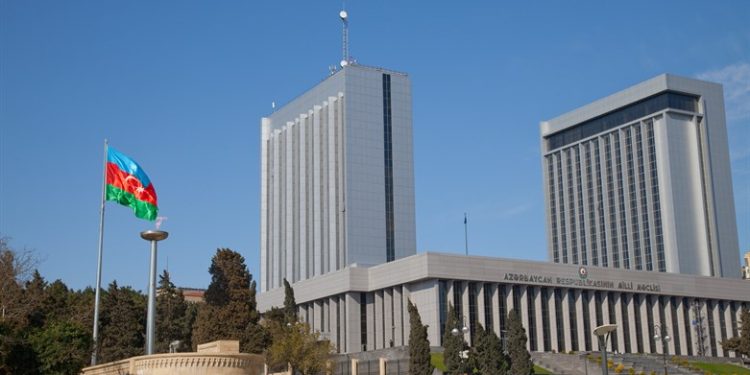 The Zionist Organization of America (ZOA) responded to Azerbaijan’s announcement that it will open an embassy in Israel, urging the country to open its embassy in Jerusalem.

In a statement, ZOA noted, “It has been announced that Azerbaijan will open an embassy in Israel. The new embassy will be in Tel Aviv, where Azerbaijan already has a tourism office and a trade representative office. … The two countries have had relations for decades, including an Israeli embassy in Baku.”

Mort Klein, National President of the Zionist Organization of America, remarked, “ZOA welcomes the new Azerbaijan embassy in Israel, though it should be in Jerusalem, Israel’s eternal capital where the U.S. and other embassies are located.”

“Jerusalem has never been the capital of any country, state, kingdom, or political entity that was not Jewish. Moreover the majority of people living in Jerusalem since the first census in the mid 1800’s have been Jews, not Muslims or Christians.”

David Schoen, ZOA Chairman of the Board, and Co-Founder ZOA Center for Law and Justice, added, “Israel and Azerbaijan are both targets of Iran, which has been spreading violence and instability throughout the Middle East. Iran’s empowerment began with the nuclear ‘deal’ — which was really a giveaway — and the turning of a blind eye to Iran’s effective takeover of Syria and proxy wars against American allies.”

“Many Muslim states in the region now understand that Israel is a positive for them and countering Iran is a major factor in the upgrade of relations between Israel and her neighbors, including the Abraham Accords and now this positive development.”