Kazakhstan: Trust the CSTO, but buy drones from Turkey

It has been officially announced that the Turkish aerospace company TUSAŞ will supply a batch of advanced ANKA unmanned aerial vehicles to Kazakhstan in the coming months. 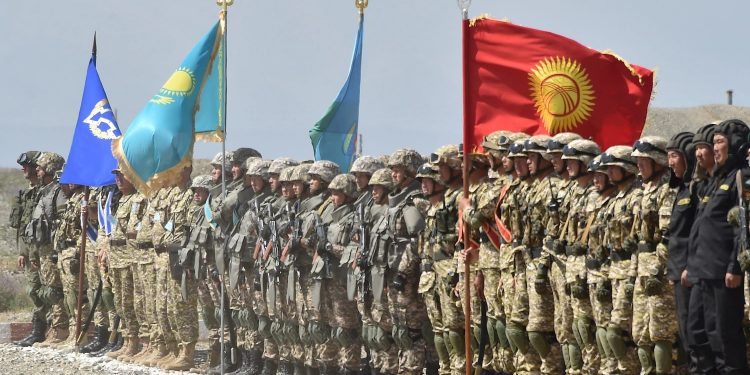 Less than a month ago, mass media were flooded with headlines like “CSTO Forces in Kazakhstan Became a Challenge and a Blow for Turkey”, “Moscow Beat Ankara in Kazakhstan” and so on. And now we hear that the Kazakh authorities intend to buy Turkish UAVs, passing on Russian models.

The contract value is not disclosed, but what we do know is that under this contract the Air Force of Kazakhstan will get three ANKA UAVs and two ground control stations until 2023

Obviously, it takes more than a few days or even months to prepare this kind of contract. The first information about the ANKA procurement emerged in May 2021, when it became known about the contract signed between Kazspetsexport, acting on behalf of the Ministry of Industry and Infrastructure Development of Kazakhstan, and ANKA manufacturer TUSAŞ.

The contract value is not disclosed, but what we do know is that under this contract the Air Force of Kazakhstan will get three ANKA UAVs and two ground control stations until 2023, as well as a service support package that includes technical documentation, operator training, and spare parts kits.

It is also quite obvious that the three Turkish UAVs are only the beginning. Since they appeared on world markets, there has not been a single case where buyers of these Turkish products purchased UAVs from other manufacturers at the same time. They bought extra units from Ankara, paid for extended service support packages, and ordered more instructors, but no purchases of non-Turkish UAVs were made.

That makes perfect sense. A UAV, like any type of complex military equipment, is not just a “flying object,” it is also a whole infrastructure, including ground control stations, maintenance and scheduled repairs, trained personnel, and a stock of ammunition. All this costs quite a bit and, most importantly, forms a close military-technical link between the seller and the buyer, which may well grow into a military-political one.

Everything in this field is so intertwined that sometimes it is very difficult to determine where military-technical cooperation ends and big politics begins. In this case, Kazakhstan is a member of the CSTO, and in word, its authorities are “genuinely grateful” to Russia for the assistance in “repelling terrorist attacks” on the country. But in deed, they purchase weapons from a NATO member state.

Kyrgyzstan did exactly the same when it recently purchased Turkish UAVs. It is no secret that Bishkek was the last to sign off on the “peacekeeping operation” in Kazakhstan, and President Sadyr Japarov avoided discussing the issue altogether, taking a sudden vacation and leaving the prime minister in charge. This is roughly how it works.

Since Kazakhstan gained its independence in 1992, Turkey has persistently and consistently sought to occupy a niche in Kazakhstan’s military-technical space. It did so with the full support of the local ruling elites and ultimately succeeded. The success may not be too high-profile, the actual figures of donated Turkish funds and weapons may not be too large, and Kazakhstan may remain critically dependent on Russia in the military sphere. However, the country intends to expand and deepen its cooperation with Turkey.

Trade volume between the two countries is almost 4 billion dollars. There are more than 2,700 Turkish companies operating in Kazakhstan, and these companies have won bids for projects worth more than $26 billion. A number of joint Kazakhstan-Turkey projects in the military-industrial complex and even the setting up of enterprises for licensed production of Turkish military equipment in Kazakhstan are being discussed. All of this cannot but lead to fundamental changes in the military-technical and military-political cooperation between the two countries.

As I already said, yes, Kazakhstan remains critically dependent on Moscow in the defense sector, but this is a matter of time. And the Kazakh authorities are gradually, cautiously and often covertly doing their utmost to get rid of it, while looking hopefully to Ankara.