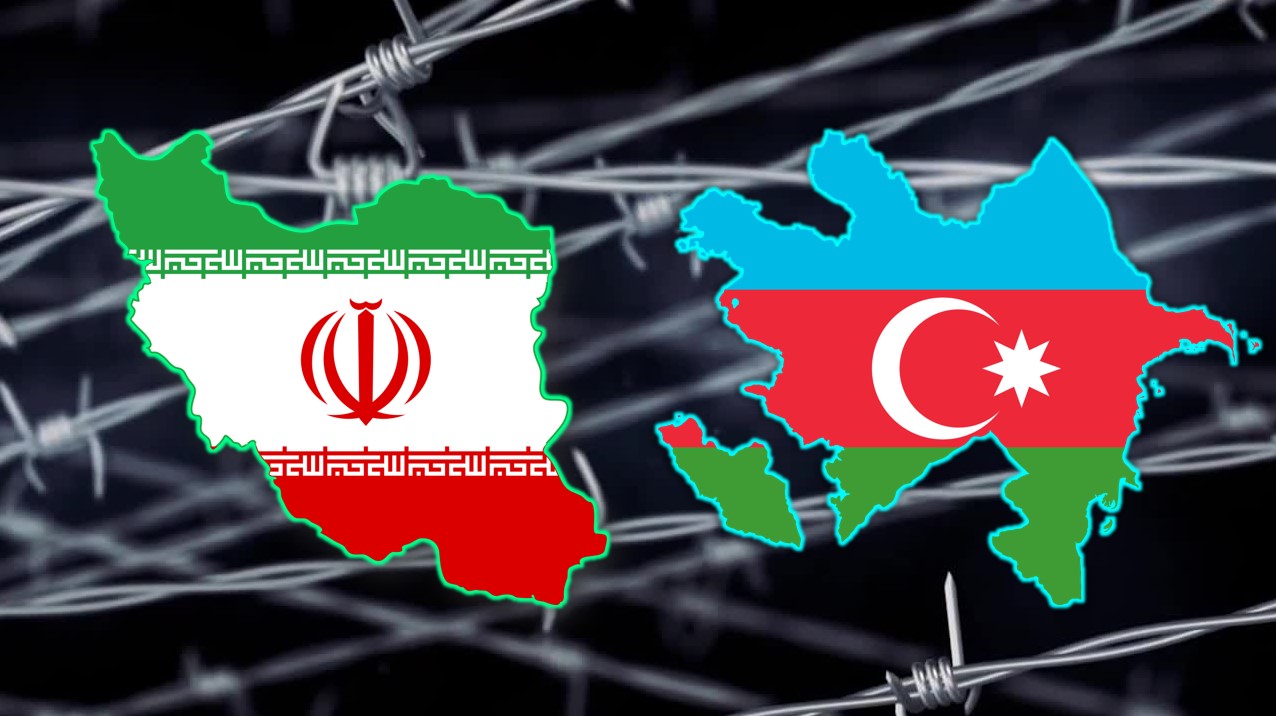 So, Turkish mass media, in particular, Yeni Safak spread an audio recording with the voice of the former deputy foreign minister of Iran, ambassador, and participant of negotiations on the nuclear deal Abolfazl Zohravand. However, there are no exes in the Iranian political and clerical systems, as well as in the special services. As proof of this, Zohravand is considered to be an official close to the Supreme Leader, Ayatollah Ali Khamenei. This is an extremely privileged position in an autocratic clerical regime. Which presupposes a little more awareness than even government ministers. Including the sentiments in the higher echelons of power. So, according to this audio recording, Zohravand states that “the Turks want to take Zangazur, too.”

“They also want to cut our border with Armenia. Khamenei gave the necessary warning about this. But the Turks don’t care about these issues,” Zohravand says vehemently. The further he goes, the more he becomes inflamed and turns to uncovered threats against Azerbaijan: “We cannot think of a strategic alliance or even a strategic partnership with Türkiye. The South Caucasus is the territory of our civilization. Azerbaijan is a frightening phenomenon and a potential threat to us. Nakhchivan should be fully annexed to Iran. Nakhchivan is our Achilles’ heel. Armenians are allies of Iran. This has always been the case throughout history. There is no place like Azerbaijan. These (Azerbaijanis) are actually Iranian Azeris. Azerbaijan should be annexed back to Iran. If it is not annexed, it will strike Iran like a cancerous cell.”

We have written many times on our website that the restoration of the territorial integrity of Azerbaijan by force of arms and the change in the geopolitical situation in the South Caucasus has worried the clerical regime, which has always regarded Armenia as the closest state in the region. Needless to say, the very appearance of the independent Republic of Azerbaijan on its borders terrified Tehran, which delayed recognition of Azerbaijan’s independence until the very last moment. In this context, it is worth recalling how on November 27, 1991, Ali Akbar Velayati, then foreign minister and international affairs adviser to the Supreme Leader of Iran, said in an interview to “Echo of Moscow” radio station that “Tehran does not intend to recognize the independence of Azerbaijan. Relations with this republic will develop within the framework of the Soviet Union.” Although, a month earlier – on October 18 – Baku had already declared state independence.

Subsequently, because of the unwillingness to turn into an appendage of IRI and follow the fairway of the foreign and domestic policy of Tehran, secular Azerbaijan has become, if not an enemy, then at least an unfriendly state for Iran. Even the first Armenian-Azerbaijani war, the occupation of Karabakh by Armenians, which is a native Muslim land, the expulsion of Muslim brothers from their homes, and the destruction of mosques by the occupiers did not break the ice in the hearts of clerics, who, in addition, rolled up their sleeves and rushed to help Armenia in every way to survive in conditions of transport and energy blockade provoked by it. Thanks to Iran, which supplied Armenia and its occupied Karabakh with everything necessary – from fuel and gas to food, Yerevan for decades was able to maintain the occupation of Azerbaijani territories. Besides, the Azerbaijani side was well aware that the Armenians were dismantling the infrastructure of Karabakh brick by brick to sell it cheaply to Iran. And the Iranians were not averse to looting in the occupied Azerbaijani territories.

In this context, I would like to remind how the mullahs’ regime sent their emissaries to destabilize the internal political situation in Azerbaijan, the Iranian special services’ recruiting of Azerbaijani citizens, daily attacks on Baku from the screens of pro-governmental Iranian TV channels. And to crown it all – the invasion of Azerbaijani airspace by Iranian air forces. However, after the Turkish air squadron appeared in the Azerbaijani sky the Iranian aggressors were blown away – Tehran understood Ankara’s hint and preferred not to get in the way with militarily stronger Türkiye.

Then came the autumn of 2020, when Azerbaijan began to restore its territorial integrity. Even during the “Iron Fist” operation, Azerbaijan faced far unfriendly behaviour from Iran. In particular, in October, during the liberation of the Jebrail region, forward units of the Azerbaijani army near the Khudafferin dam encountered Iranian military personnel encroaching on sovereign Azerbaijani territory. And what about reports on deliveries of weapons and military equipment to Armenia through the territory of Iran during the 44-day war, sending intelligence data by Iranians to Armenians about the movement of Azerbaijani army units, facts of illegal trade of Iranians in Karabakh which later emerged, absurd threats of Tehran about “red lines” in the issue of territorial integrity of Armenia which Azerbaijan has never actually planned to break.

In other words, Tehran clearly did not share neighbouring Azerbaijan’s and Türkiye’s joy at Karabakh’s return to its true owner. However, in spite of everything Baku continued to pursue a peaceful policy towards Iran, categorically rejecting any attempts by some states to draw our country into the anti-Iranian camp. But instead of gratitude Tehran continues to respond with aggressive rhetoric and demonstrative saber-rattling on the border with Azerbaijan. Plus there are ridiculous statements about the “historical affiliation” of Azerbaijan to Iran. Speaking of history. After all, it is a science, which explores the past and the evolution of society, and it is based on all kinds of sources and real facts about the past in order to establish the sequence of events. We, with all our desire, cannot physically within the framework of one author’s article describe the history of Iran, however, we want to remind Zohravand and others like him that from the X century and up to 1925 the power in Persia-Iran was in the hands of Turkic dynasties. The Atabeks, Karakoyunlu, Akkoyunlu, Safavids, Afsharids, Qajars were all Turkic dynasties that ruled the empire. And today Azerbaijanis in Iran, despite being the largest ethnic group – 30 million people, are oppressed by Persians. In Tabriz, Ardabil, and Urmia the Iranian Azeris are prohibited to study their history, language, and culture. But despite the most brutal pressure and oppression, Iranian Azeris continue to gravitate toward their roots. The latest example of Azerbaijanophobia of the clerical regime is the following: recently, officers of the Ministry of Information, Security and Intelligence of Iran (ETTELAAT) arrested Azerbaijani writer and poet Yagub Ahmedvandi (Ayrilmaz) living in Tehran and took him to an unknown location. There is still no information on the reasons for the attack on the writer’s house and his arrest. This is just one of the many facts about the oppression of Azerbaijanis in Iran. And what about the matches of the Tabriz football club “Tractor”, during which tens of thousands of Azerbaijanis chanted “Long Live Azerbaijan!” without fear of the repressive mullahs? Therefore, it is no wonder that 30 million people in South Azerbaijan look longingly and hopefully to their brothers across the Araz River. And given Tehran’s aggressive outbursts, we think that sooner or later Azerbaijan will have to respond to these aspirations in a positive way.

Now, by threatening Azerbaijan with annexation, Zohravand, or to put it more broadly, the hot, essentially reckless, and stupid heads in Tehran are unable to understand that Baku’s cooperation with Iran’s geopolitical adversaries is not directed against third countries, specifically against Iran. However, if Azerbaijan feels threatened by the mullahs, it is clear that the peacefulness of the Azerbaijani government will be replaced by a perfectly understandable desire to secure the state. All the more so since the Almighty gave strong allies to Azerbaijan. Besides, the victorious Azerbaijani army is one of the best in the region and can defend the sovereignty of our country. Tehran must remember once and for all – Azerbaijan has the strength and methods to preserve and strengthen its independence.