Belarus President Aleksandr Lukashenko and Azerbaijan President Ilham Aliyev had a conversation over the phone on 22 May. 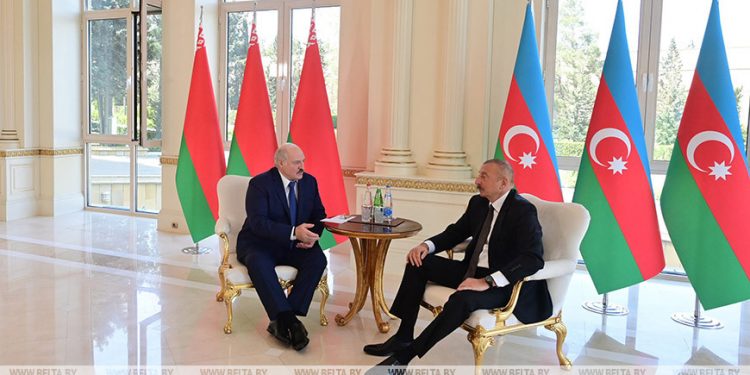 The heads of state discussed the situation in both countries and exchanged views on topical issues.

Aleksandr Lukashenko thanked his counterpart for his support and deliveries of hydrocarbons to Belarus. The heads of state hailed the growth in trade between the two countries and the great potential for the development of bilateral relations.

The president of Azerbaijan spoke in detail about the situation on the Armenian-Azerbaijani border and Azerbaijan’s position on the well-known incident that took place some time ago.

According to Aleksandr Lukashenko, Belarus hopes that the situation will be resolved in the coming days.

As for the bilateral Belarusian-Azerbaijani agenda, the heads of state discussed in detail the areas of cooperation and implementation of the agreements reached during the visit of the Belarusian president to Azerbaijan. An Azerbaijani delegation of specialists in urban planning will arrive in Belarus in the near future, and a plan to start construction work in the region will be worked out together with Belarusian experts.

An agricultural delegation from Azerbaijan is also expected to visit Belarus.

“In general, specific plans for the work of Belarusian builders and other specialists in Azerbaijan will be drawn up within the framework of the forthcoming meetings,” the press service said.