Given France's traditional pro-Armenian policy, one can assume that various traps and tricks were prepared for Azerbaijan at the quadrilateral meeting in Prague. 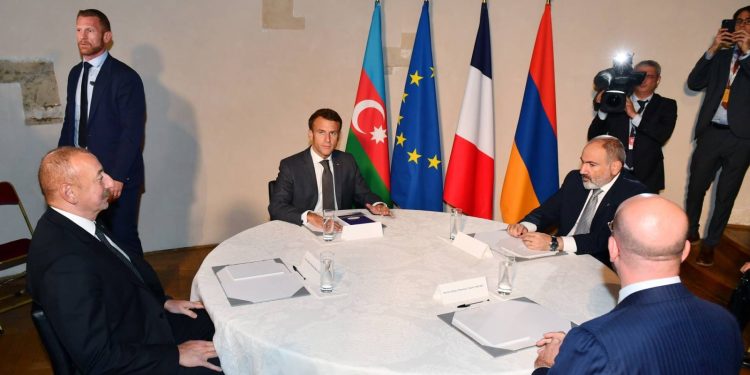 While Pashinyan is in France, he is determined. The French also make no secret of their support for Armenia.

President Ilham Aliyev’s unwavering policy and principles have once again proved their worth. At the meeting, which lasted over 5 hours and consisted of two parts, every attempt to pressure Azerbaijan was foiled. Armenia and France might have assumed that they could exert pressure on Azerbaijan because of the border incidents.

It was agreed to hold a meeting of the border delimitation commission shortly.

The EU and France wanted to set up a border monitoring mission, which would cover Azerbaijan, and use it to enter the region. Azerbaijan objected to this. Azerbaijan is a country that cherishes its sovereignty. After this strong stance was voiced, it was decided that the mission will operate only in the territory of Armenia. Azerbaijan will cooperate with the mission as far as it is concerned. The border mission will promote confidence building and contribute to the delimitation process. By agreeing to this border mission, Armenia once again has demonstrated that it is not a sovereign state. This is a new and serious move against Russia.