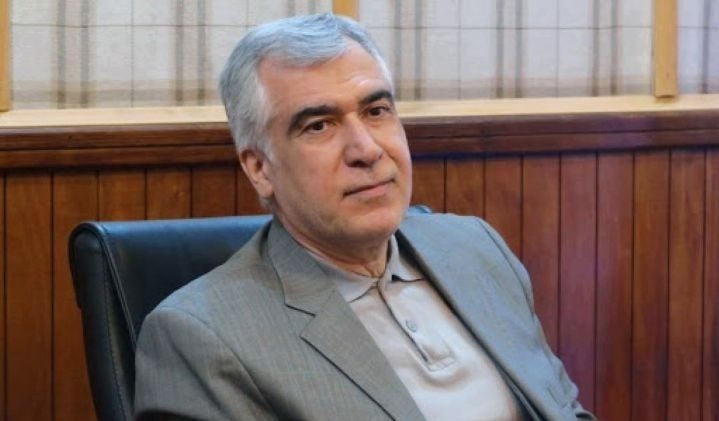 On one of these sultry days, having fairly overheated in the sun, the former Deputy Foreign Minister of Iran, ambassador, and participant in the negotiations on the nuclear deal (whose close acquaintance with the atom, uranium, and various chemical vapors adversely affected brain activity) Abolfazl Zohravand read in the media about the upcoming planned meeting of Azerbaijani President Ilham Aliyev with Prime Minister Armenia by Nikol Pashinyan, and in horror lost his adequacy, surrendering to the impending delirium. That’s just unlike the unfortunate wandering in the desert, he was far from an oasis. Zohravand began to frantically imagine the “Iranian Ragnarok” that Azerbaijan allegedly intends to arrange.

The realization that the opening of the Zangazur corridor is just around the corner and will certainly become a subject of discussion at the meeting between the leaders of Azerbaijan and Armenia, scared the Iranian official so much that he burst out a hysterical tirade which was spread in the Turkish media. Khamenei’s close associate did not even try to hide his inexplicable hatred for Azerbaijan, which is undoubtedly shared by both his spiritual leader and the rest of the “elite” of Iran.

Hoping to add some significance to his speech, Zohravand listed absurd “facts”, among which the alleged “desire of the Azerbaijani-Turkish alliance to deprive Iran of its border with Armenia” as well as “the Turks’ plan to take Zangazur as well” worth noticing.

In order to prevent such tragedy, “Khameneist” at first offered to annex Nakhchivan to Iran, after which the madness of the old man gave a new turn and he decided not to limit himself to NAR and include the whole of Azerbaijan to IRI at once.

Of course, it some way or another led to claims that the Armenians are the real allies of our southern neighbor.

However, what else could one expect from a country that refused to recognize the independence of the Republic of Azerbaijan in 1991, more than a month after its announcement?! That’s just if xenophobic-racist sentiments towards representatives of another nation can still be explained (but not justified) by banal narrow-mindedness, then outright hatred of brothers in faith for the republic, whose name originally contains the word “Islam”, cannot be understood in any way.

Persian fanaticism, which started more than 40 years ago, seems to have only grown stronger over the years, approaching marasmus and has taken more and more heights, reaching the point where the IRI government has decided that Islam has no other branches except Shiism of Persian interpretation, and only a select few have the right to be its adherents, namely the Persians. This approach resembles the SS ideology with its mythical Aryans and the communism of the USSR, where Russians were considered a privileged nation and everyone else was second-rate people.

Most of all 30 million ethnic Azerbaijanis living in IRI suffer from the chauvinistic policy of farces today. Meanwhile, our compatriots are not only the largest ethnic group but also make up more than a third of the population. And instead of improving the living conditions of such a large group united by nationality in every possible way and making every effort to please them, the Iranian government, on the contrary, not only does not solve the problems of its Azerbaijani citizens but also openly creates new ones.

“Missing” or detention of activists from Urmia, Ardebil, and Tabriz, the sentencing to death of a prominent scientist from South Azerbaijan, Ahmedrze Jalali, arrests of Azerbaijani writer and poet Yagub Ahmedvandi and Azerbaijani film director Jafar Panahi, violent and cruel dispersals of demonstrators are only some of the repressions, information about which leaks out through Iran’s information blockade. The artificial drainage of Lake Urmia, whose ecological tragedy is beyond the imagination of short-sighted officials, undoubtedly tops the list of all government eco-crimes.

The short memory of the mullahs, who got into power and perverted Islam, must have prevented them from remembering that Iran’s major revolutions historically originated in South Azerbaijan. Among them, one can easily recall the Fidayee uprising in Tabriz in 1908 and the 1979 coup d’etat, which also began in Tabriz with the dissatisfaction of the local population with their social situation, and only after that, the resentful clergy seized the initiative, giving the revolution a mullo-cratic overtone. If only because of that, the Iranian authorities should have shown more respect to their Azerbaijani population, instead of playing with fire…

On the other hand, it cannot be ruled out that by such behavior, blatant infringement of the rights, and all kinds of discrimination against Azerbaijanis, the Iranian helmsmen are taking revenge for their historical inadequacy, if not worthlessness. After all, any schoolboy knows for a fact that for almost ten centuries, until the end of the first quarter of the last century, Persia-Iran was ruled by Turkic dynasties: Atabeks, Karakoyunlu, Akkoyunlu, Sefevids, Afsharids, Qajars.

In retaliation, today’s Persian leaders do not allow Azerbaijani schools to open, thus preventing our compatriots from studying their native language and history in every possible way. But despite all the nastiness of the government’s tricks, the Azerbaijanis living in Iran continue to honor their ancestors’ traditions, celebrate their national holidays, speak their native language, and keep in touch with their homeland. The Tabriz soccer club “Traktor” continues to win… This is the will of the Azerbaijani people, which cannot be broken by Iranian officials, and the strength that Persians can only dream of.

As for the inferiority complex provoked by IRI’s “Vietnam flashbacks,” it is worth noting that it is manifested not only in domestic processes but also in relations with the Republic of Azerbaijan. Hypocrisy and duplicity have long been the perfect description of the deceitful Iranian policy. The Iranian authorities mentioned their common religion and history with Azerbaijanis only in case of their own benefit, and at other times they made provocative statements and issued commands to create insulting caricatures in the state media agencies.

During almost 30 years of occupation of Azerbaijani lands by Armenia, sneaky Tehran not only built allied relations with the aggressor country but also helped the separatists in Karabakh in every possible way. The Iranian customs service was eager to establish contacts with the illegal formation and helped to transport fuel, food, textiles, and raw materials to Armenians. The Armenians, in turn, transported to Iran what they had destroyed and looted in Karabakh. And hypocritical and vile Iran was happy to take it all.

It continued until the autumn of 2020, when the victorious Azerbaijani Army under the leadership of the Supreme Commander-in-Chief, President Ilham Aliyev restored the territorial integrity of the country. However, even after the signing of the trilateral statement of November 10, 2020, the Iranians continued to move into the camp of the separatists who were hiding behind the peacekeepers temporarily deployed in Karabakh. But the Azerbaijani border guards closed this “door” to IRI. The most painful issue was the complete elimination of the multi-million dollar drug trade, which the mullahs were profiting from. Most likely, they hold a grudge against us for that, too. And, having not thought of anything better, they continue to strengthen relations with Armenia, which has been abandoned and forgotten by the powers that be. Today they conduct training courses for the Armenian Armed Forces on operating combat drones and are preparing to deliver a batch of “drones” of their own production. And if the thoughts of the drug regime mullahs are more or less understandable, then what the defenсe ministry of our Western neighbors is thinking about, is questionable. Don’t they understand that when an Armenian soldier sees a drone in the sky, he won’t figure out who it belongs to, but will run away?

Maybe the hatred towards everything Turkic, Azerbaijani, is so deeply rooted in the ill consciousness of the Iranian government that there is no point in hoping for enlightenment today. Perhaps, it is same cancer that has already infected all healthy cells and now it is no longer possible to cut it out. But in this case, there is a reasonable question: should the 30 million Azerbaijanis put up with the continuing injustice? How long will our brothers continue to suffer from dementia and the incompetence of the mullahs? How long will they continue to turn a blind eye to outrages, insults, violence, arrests, oppression, and humiliation?!

That’s why it’s time to demand independence – the time for independent South Azerbaijan has definitely come! Because there is no need to live in a country whose government does not allow you to feel like a full-fledged citizen!

Surely our compatriots often look back at us dreamily, seeing the ongoing development of independent Azerbaijan. But our homeland has not always been like this either. There were 70 years of membership in the Soviet Union, until one day, just over 30 years ago, the will of the people prevailed, demanding independence.

Well, the population of South Azerbaijan has someone to take an example from and what to strive for. All that remains is to take the first step. After all, all significant Iranian revolutions of recent years originated in Tabriz!

Our brothers in the South, we know you can do it! The time has come!