20 years of Shanghai Cooperation Organization: A view from Azerbaijan

The Shanghai Cooperation Organization (SCO) was established as a multilateral association to ensure security across the vast Eurasian region and promote good-neighborly and friendly relations among member states, encouraging their further effective cooperation in various fields. 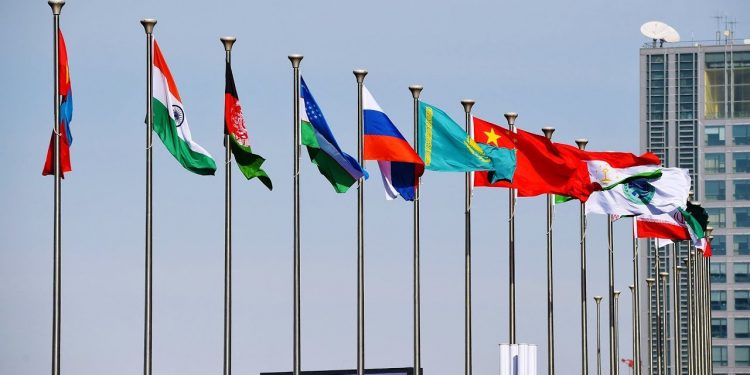 During almost exactly 20 years, the SCO has emerged as a major regional institution and dialogue platform in a world undergoing unprecedented changes. Moreover, the coronavirus pandemic has recently highlighted the importance of the SCO in building a community of shared future for humankind.

To date, Azerbaijan’s foreign policy is balanced and multifaceted, and at the same time Azerbaijan is expanding cooperation on a bilateral and multilateral basis. In this regard, Azerbaijan attaches special importance to cooperation with international organizations, in particular the SCO in a multilateral format.

Azerbaijan was granted the status of a dialogue partner in the SCO on July 10, 2015. According to the Memorandum signed in Beijing on March 14, 2016, Azerbaijan and the SCO agreed to cooperate in the following areas of mutual interest: strengthening regional security and stability; fighting against terrorism, extremism and separatism; acting against drug trafficking and production; fighting against cybercrime and other types of transnational organized crime; cooperation in the field of trade and investment, energy, telecommunications, agriculture, as well as the promotion of direct contacts between small and medium-sized businesses; interaction on legal and customs issues; efficient use of existing infrastructure in the field of transport and communications, development of transregional multimodal transport corridors and transit potential; development of interaction in the fields of culture, science and technology, education, health and tourism; mutual assistance in the prevention of natural and man-made emergencies and the elimination of their consequences; strengthening inter-civilizational dialogue, multiculturalism and tolerance.

The status of a dialogue partner of the SCO has accordingly allowed Azerbaijan to further develop relations with this organization and its member states. The SCO’s goals, as has already been mentioned, include strengthening mutual trust and neighborly relations, developing cooperation in political, economic, scientific, cultural, educational, energy, transport, tourism and other fields, working together for peace, security and stability, and building a political and economic order. It should be noted that the documents adopted by the SCO also include measures such as respect for the territorial integrity and sovereignty of states, the fight against terrorism, separatism and extremism. Likewise, Azerbaijan, which suffered nearly 30 years from Armenian occupation, is in essence a state that contributes to the promotion of these goals and objectives at the international level on the basis of the principles of equal and mutually beneficial cooperation. Thus, joining the SCO has created new opportunities for Azerbaijan to develop cooperation with the SCO countries on a bilateral and multilateral format.

President Ilham Aliyev assessed Azerbaijan’s obtaining this status “as the first step toward full integration into the organization” during the meeting with the member of the Standing Committee of Central Politburo of the Communist Party of the People’s Republic of China, Senior Vice Premier of the State Council Zhang Gaoli in Baku on May 31, 2016. The Azerbaijani leader said that cooperation with the SCO “occupies an important place in Azerbaijan’s foreign policy” and later also said that Azerbaijan was determined to strengthen ties with the SCO and was interested in participating in a number of projects of this organization. President Aliyev noted that successful bilateral relations with the member states of this organization serve to establish a common platform for cooperation, and cooperation with these countries is one of the priorities of Azerbaijan’s foreign policy. According to the former SCO Secretary General Rashid Alimov, the status of a dialogue partner will allow Baku “to actively connect to the organization’s many-sided and diversified activities through participation in the existing mechanisms of interaction.”

Azerbaijan’s participation and interests in the SCO are influenced by several factors. First of all, the cooperation with the SCO promises Azerbaijan certain benefits in the emerging economic and geopolitical situation in the world. As it is known, the SCO covers a large part of Eurasia, hence creates a large economic space. From this point of view, Azerbaijan’s accession to the organization as a dialogue partner facilitated its participation in trade and economic cooperation between Asia and Europe, as well as increase revenues as a transit country. Moreover, in terms of the implementation of regional transport projects, the role of this body is significant. Azerbaijan has benefited from this partnership as a transit country to implement joint regional projects, in particular the Baku International Sea Trade Port and the Baku-Tbilisi-Kars Railway which are important components of the Middle Corridor that creates a natural synergy with the Belt and Road Initiative of the People’s Republic of China. These projects opened up opportunities for using the country’s transit potential and the active use of its territory for the transportation of goods from Asia to Europe. Simultaneously, the development of integration ties with the SCO has opened for Azerbaijan a new source of investment. Besides, Azerbaijan takes part in the development of common mechanisms for combating extremism and terrorism within the framework of the Regional Anti-Terrorist Structure of the SCO. And, finally, the SCO is another platform where Azerbaijan could convey its position extensively. Furthermore, Azerbaijan and the SCO have enormous potential and broad prospects for cooperation in a wide range of areas including the dialogue between civilizations, the promotion of multiculturalism and tolerance where Azerbaijan has a rich experience.

It is noteworthy that for the first time in the history of the organization, an election observation mission led by the then Secretary General of the SCO Rashid Alimov operated in a dialogue partner country. The SCO mission conducted observations in general polling stations in the presidential election held in Azerbaijan in 2018. This was a clear indication of the special cooperation between the SCO and Azerbaijan.

The status of a dialogue partner, to put it briefly, has allowed Azerbaijan to join the organization’s multilateral activities. This has taken bilateral political cooperation with these countries to a new level. The SCO, in short, is now gaining more relevance for Azerbaijan due to the country’s growing status as a middle power.