Russian Foreign Minister Sergey Lavrov is in Baku from Monday-Tuesday on a working visit. 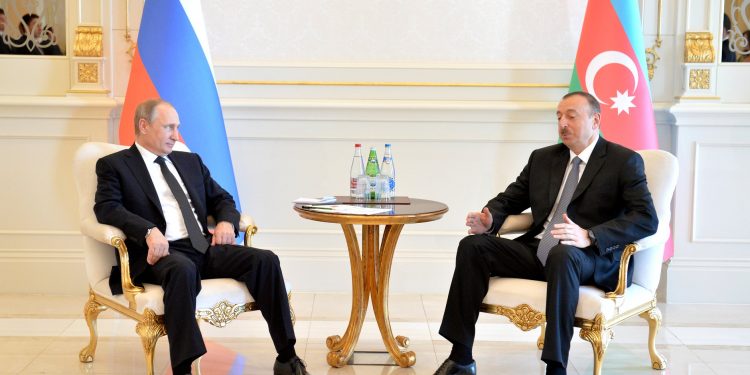 Russian President Vladimir Putin and his Azerbaijani counterpart, Ilham Aliyev, have confirmed a mutual disposition to building up cooperation between the countries and agreed on contacts at different levels in a phone conversation, the Kremlin said on Monday.

Russian Foreign Minister Sergey Lavrov is in Baku from Monday-Tuesday on a working visit.

“[The sides] confirmed a mutual disposition to building up the all-round Russian-Azerbaijani cooperation. [They] agreed on further contacts at different levels,” the Kremlin said in a statement.