Bulgaria’s largest natural gas distribution company Bulgargaz faces harsh criticism after it became known that the terms of the contract for gas supplies from Azerbaijan to Bulgaria had been disclosed. 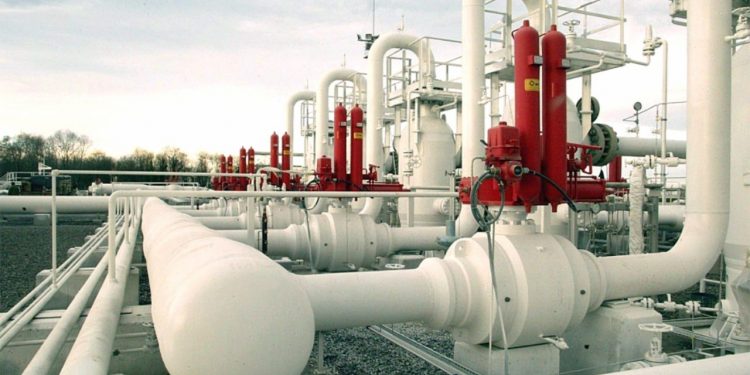 The company is being criticized both by the government and by experts. According to Bulgarian media, the Bulgarian opposition, on the other hand, is accusing the authorities: it was allegedly the new government, which took office on December 14, 2021, that leaked the clauses of the agreement between Bulgargaz and AGSC (Azerbaijan Gas Supply Company).

It is worth reminding that the infringement of the trade secret of the agreement signed in 2013 can have very serious ramifications for Bulgaria. The Azerbaijani side has the right to terminate the contract, and Bulgargaz would face severe financial sanctions. The Bulgarian company has even contacted the State Agency for National Security with the request to identify the source of the leak.

Head of Bulgargaz Nikolay Pavlov hopes that it is still possible to convince Azerbaijan to continue supplying gas to Bulgaria.

“This is unacceptable. This is the first time something like this has happened,” Pavlov seethes. “In the last 10 years, no one has presumed to cite clauses of contracts, to obtain documents.” According to him, the information was disseminated in two ways: through the Bulgarian Gas Association and through bloggers.

According to the contract in question, Bulgaria will receive Azerbaijani gas in full—all 1 billion cubic meters of it annually—after the completion of the interconnector pipeline with Greece (IGB project). However, the construction, managed by the Greek-Bulgarian company ICGB AD, is being delayed. This is why the Azerbaijani side agreed to use the old transit pipeline near the Bulgarian town of Petrich, although it was under no obligation to do so. Bulgaria gets just over a third of the agreed amount of gas via this route. However, the Bulgarians fear that after the disclosure of the details of the contract Azerbaijan will completely stop supplying its gas, which, according to experts, it gets 60% cheaper than from other suppliers.

“We find ourselves in a situation where not only are we not getting gas, we are also facing sanctions,” Pavlov says. The company stresses that any delay in the commissioning of the IGB project puts Bulgargaz at an even greater disadvantage in negotiations with the Azerbaijani company. And there is still no accurate information on when the construction will be completed.

In turn, Bulgarian experts and new government criticize the gas operator for the alleged failure to find a way to import the agreed amount of gas.

“It is not true that our company refused to get the full amount of Azerbaijani gas,” Nikolay Pavlov responds to the accusations. “We will receive the full amount when the IGB pipeline is ready.”

Meanwhile, the price of natural gas for consumers in Bulgaria has increased by 30% starting from January 1. Bulgargaz does not link the increase to the problems with the Azerbaijani supplier.

“Even if Bulgargaz gets the agreed entire amount of Azerbaijani gas, during the winter months it will satisfy only a quarter of the country’s gas demand,” the company says.

Commenting on the situation, the former Minister of Economy, Energy and Tourism of Bulgaria, now an MP from GERB (Citizens for European Development of Bulgaria), an opposition party, Delyan Dobrev made what Bulgarian media believe to be a scandalous, incriminating statement: “The clauses of the contract for cheap Azerbaijani gas were disclosed on purpose in order to take billions out of Bulgargaz’s turnover.”

According to him, this is an attempt to harm the interests of the state-owned company, because there are many big private interests in this sector. He points out that the deliberate disclosure of the contract could jeopardize Bulgaria’s relations with Azerbaijan.

“We get Azerbaijani gas at a price that is lower than for other countries,” Dobrev says. “This is why the confidentiality clause in the text of the contract is not child’s play. Everything was fine for eight years, and suddenly this happens right after the new government is formed. This threatens our energy security, diversification, and our relations with Azerbaijan. We know who was the first to disclose the clauses of the contract. It was a self-proclaimed energy expert who had never worked in this field. I don’t want to accuse anyone, so I am not naming names.”

Dobrev says that the Azerbaijani side has already sent a letter claiming that the leak of information about the contract infringes upon their interests. That is, there is a risk of the contract being terminated.

“We have information from Azerbaijan. We have been working with these people for more than 10 years. They are very disappointed. They are concerned. This letter asks our state to take action to punish those responsible.”

Meanwhile, Andrei Gyurov, chairman of the “We Continue the Change” parliamentary group, says that he has not seen a letter from Azerbaijan.

“We are working not only not to lose, but also to increase the supply of Azerbaijani gas, which is currently 60% cheaper,” he adds.