Baku may be looking to expand aircraft for its small air force with acquisitions from neighbouring Turkey and Georgia, analyst Paul Iddon wrote in Forbes magazine on Monday. 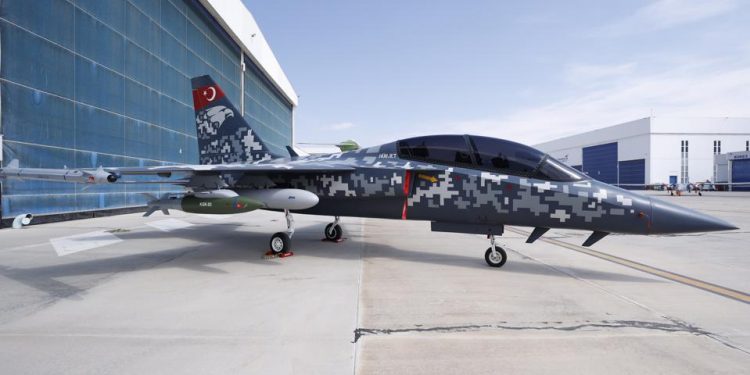 Azerbaijan, whose current air force consists of a dozen Russian-built MiG-29 Fulcrum fighter jets and a dozen Su-25 Frogfoot attack aircraft, could be seeking to acquire trainer aircraft that can also be used as light attack planes, according to the analyst, who pointed to Turkey’s locally built two-seat TAI Hürkuş turboprop trainers as a possible option.

Relations between Turkey and Azerbaijan are at an historic peak following the 2020 six week-long clashes in the disputed Nagorno-Karabakh region.

In June, Turkish President Recep Tayyip Erdoğan and his Azerbaijani counterpart Ilham Aliyev signed the Shusha Declaration, which foresaw an expansion of political, economic and defence ties between the countries.

“Azerbaijan might also seek the Hürjet once it rolls off the production line to bolster its airpower, train new pilots and give its existing pilots additional flight time,” Iddon wrote, adding that Baku may also be looking at another Turkish combat/trainer aircraft, the TAI Hürjet.

Niger in November first country to purchase the Hürkuş training aircraft built by Turkish Aerospace Industries (TAI), Defence News reported. The aircraft, which can carry 3,300 pounds of weaponry and take off from unprepared runways, is designed to train pilots and carry out reconnaissance or even light attack missions.

Turkey helped Baku modernize its Frogfoots to make them compatible with Turkish and locally-made armaments, reportedly including Turkey’s SOM cruise missile, which has a reported range of about 150 miles, which gives this close air support jet a standoff capability,’’ Iddon wrote.

“The jets were also equipped with Belarusian Talisman electronic countermeasure pods that are credited with increasing their survivability in the last Nagorno-Karabakh war,” he added.