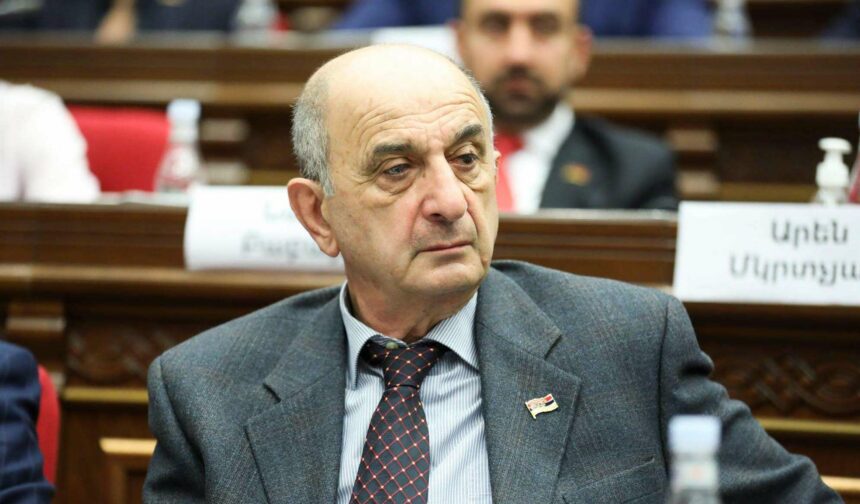 “It will be great for the Russian Federation if 40,000 angry residents of ‘Artsakh’ come to Armenia and demand a regime change. ‘Artsakh’ must have a direct dialogue with Azerbaijan,” he added.

Mr. Khachatryan would do well to remember that Azerbaijan is by no means interested in the tension, and the “aggravation game” is being played by Russia with the hands of its Armenian puppets. Furthermore, we should clarify the issue of the “dialogue between Stepanakert and Baku”. Azerbaijan has stated at the highest level that it considers the Karabakh Armenians its citizens and is ready to grant them the same constitutional rights and guarantees as other citizens of the country, but there will be no “dialogue” with people like Ruben Vardanyan. And there will be no bargaining over the “status”. This issue is closed.

But more importantly, the MP let it slip that there are no “120,000” Armenians in Karabakh. Strictly speaking, there are no 40,000 Armenians there either, as according to UN estimates, there are between 20,000 and 30,000 people currently living in the area of temporary deployment of the Russian peacekeeping contingent. But the very fact of “lowering the bar” is already indicative. At least Armenia is beginning to abandon at least the most ridiculous propaganda narratives. This can only be a good thing. However, it is still not nearly enough for common sense to triumph.