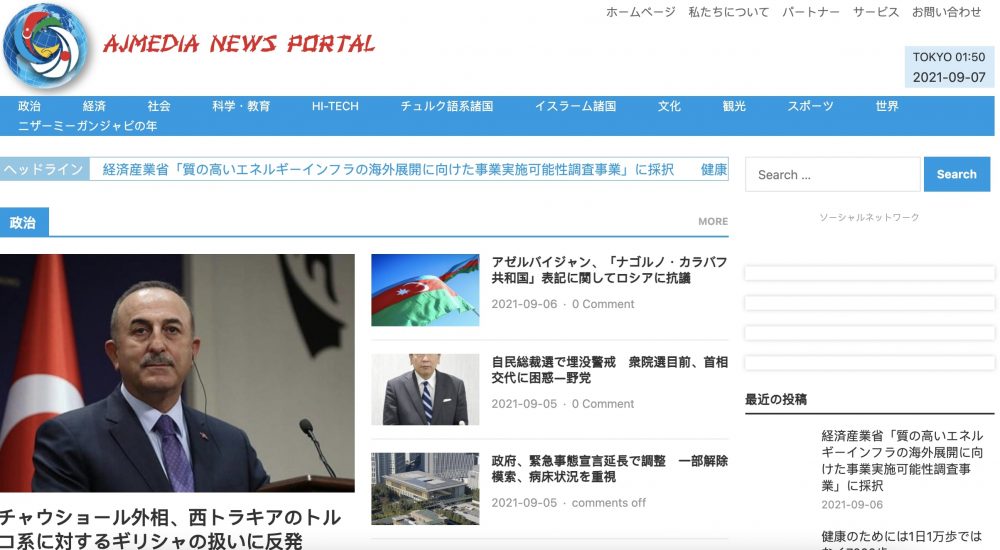 Aimed at facilitating the cooperation between the two friendly peoples, the website will disseminate information in Azerbaijani, Japanese and English. The creators of the website are confident that the promotion of the ancient history, rich culture, cuisine and modern development of Azerbaijan will heighten the interest in our homeland in Japan and around the world and give a boost to the tourist flow.

According to Editor-in-Chief Akira Matsunaga, the news portal intends to contribute to strengthening the unity and solidarity of Azerbaijanis living in Japan and neighboring countries, consolidating the societal standing of our compatriots known for their social and political activity, and developing cooperation with other Turkic-speaking peoples. The portal will provide information support to promote ancient Turkic culture and modern art.

Ajmedia’s Editor-in-Chief also recalled that Japan was one of the first countries to recognize the state independence of Azerbaijan. Having established close friendly relations with our country in a short period of time, official Tokyo has always supported the strengthening of Azerbaijan’s independent statehood. At the initiative of Azerbaijan, Japan has been closely involved in projects of global importance in the South Caucasus. Stressing the importance of the exchange of information in further strengthening these friendly relations, Mr. Matsunaga pointed out that creating the news portal as a new bridge between our peoples serves this exact purpose.