The last few months have seen traffic through the Middle Corridor rising and more companies acquiring protagonist roles in Eurasian transport. ADY Container is one of them. 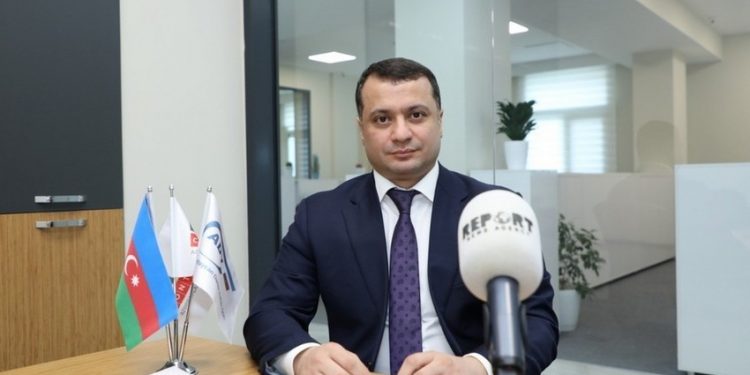 The company from Azerbaijan is becoming a leader in the route both because of its geolocation and the expansion plans it adopts. The company’s director Natig Jafarov shared some interesting views in an interview with RailFreight.com.

How do Middle Corridor volumes look so far, and what do you expect by the end of this year?

During the first four months of this year, around 9000 (to be exact 8,696) TEU containers were transported through the Middle Corridor. This is 30 per cent more over the same period of last year. However, it should be noted that 30 per cent growth is the actual growth and does not include prospective China-Europe transportation volumes, orders for which are coming in due to changes in the geopolitical situation. We received transportation orders for 1,000 trains this year, and we expect 3-fold or even more growth by the end of this year compared to 2021.

Apart from the Middle corridor, container transportation transiting Azerbaijan territory increased by 130 per cent, so statistics speak for themselves.

Regarding the short-term development, we are all aware of the changing geo-economic scenarios and logistics landscape in the Eurasian region due to the geopolitical situation. We share the same opinion with our Kazakh partners on an expected many-folds increase in traffic on the Middle Corridor. According to Kazakhstan Railways, as far as container traffic is concerned, an increase will equal 50,000 TEUs. In my opinion, judging by the positive trend, the numbers expressed by our Kazakh partners are pretty much realistic.

Have you tackled some of the corridor’s issues?

The number of feeder vessels operating between the ports has increased to strengthen transport connectivity on the part of the route crossing the Caspian Sea. Our company is a co-operator of these vessels. As the volume of cargo increases, we plan to attract additional vessels. We have started a new service far beyond Azerbaijan’s territory – a feeder vessel starts sailing between the Georgian ports of Poti and Batumi and the Romanian port of Constanta. On 24 May, the first feeder vessel with the capacity of 220 TEUs sailed from Poti to Constanta and will operate regularly. In case of an increase in volume, we are ready to involve more feeder vessels.

What are you focusing on currently?

Due to the sharp increase in cargo volumes transported through the Middle Corridor, there are problems with the timely transhipment of containers in ports. There is also a shortage of wagon platforms. We negotiate with partners on how to increase the number of wagon platforms on the Azerbaijan-Georgia passage of the Corridor. We have already rented 108 wagon platforms and plan to purchase 300 more within 2022.

You have some new partnerships in the pipeline that include the companies Rail Cargo Group, METRANS and TE Bahnoperator. How will these work?

ADY container and Rail Cargo Group signed an MoU. According to it, ADY Container LLC, on behalf of the TITR consortium, will transport cargo from Kapikule, a Bulgarian-Turkish border crossing, via the Baku-Tbilisi-Kars railway, as well as from the Romanian port of Constanta to the Central Asian and Chinese borders via the Georgian ports of Poti and Batumi. Both companies will provide a single logistics product to transport goods in the direction of China / Central Asia-Europe and back.

In cooperation with Metrans and TE Bahnoperator, we will carry out cargo transportation via the Baku-Tbilisi-Kars line and the Konstanta-Poti / Batumi sea leg. The wagon platforms provided by Metrans will move from Europe up until the Kars station and ensure an uninterrupted connection with Europe. Concerning TE Bahnoperator, we will jointly focus on the China-Europe direction. We discussed with this company the movement of a test train from the Chinese province of Kashkar to Europe via a new route passing through the territories of Kyrgyzstan, Uzbekistan, Turkmenistan, Caspian sea, Azerbaijan, Georgia, Turkey and further to Europe.

Any takeaways from the latest meeting of the Trans-Caspian International Transport Route association in Ankara?

During the meeting, partners noted that a standard tariff for cargo transportation between member countries is significant to maintaining traffic increase along the corridor. The application of the Automated Integration System to facilitate the crossing of freight trains was also considered necessary.

Will the planned Middle Corridor joint venture contribute to these targets?

The Middle corridor is operated by the International Trans-Caspian Transport Consortium (ITTC), established by the railway administrations of Azerbaijan, Kazakhstan and Georgia, consisting of subsidiary companies ADY Container, KTZ express and GR logistics. Today the ITTC acts as a single route operator, including coordinating activities of rail and maritime operators across the route with its unified price and standard operation plan, wagon platforms and terminals.

Turkish company Pasifik Eurasia joined the ITTC as the responsible operator for the passage of the Baku-Tbilisi-Kars line, while the Romanian company Grampet joined the Consortium as the operator from Constanta further towards Europe.

Our objectives focus on developing integrated logistics products, searching for new customers and cargo volumes, organising and monitoring container transportation by TITR, and promoting the route and partnership with foreign partners.

In this sense, the way the companies work currently proves to be quite efficient. It would be valuable to allow the market to develop monopoly-free and attract more investments to enable growth. As a result, a joint venture would not bring any added value to the corridor in general since the parties involved already coordinate and take the needed actions. 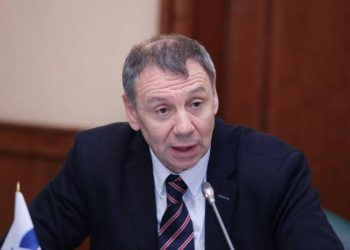