Armenia and Azerbaijan each announced on Monday that they had set up a border commission, a potential step towards ending a dispute over the ethnic Armenian enclave of Nagorno-Karabakh that has festered for three decades. 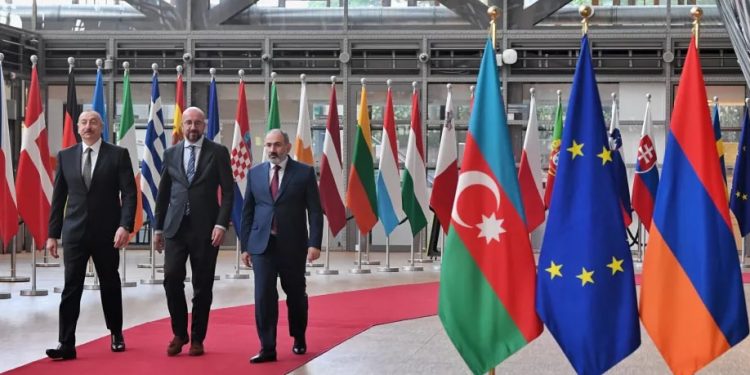 The leaders of both countries had agreed in Brussels on Sunday to work on a peace plan, despite a wave of protests in the Armenian capital Yerevan fuelled by opposition claims that Prime Minister Nikol Pashinyan is giving too much away.

A simmering dispute over Nagorno-Karabakh, a mountainous territory inside Azerbaijan controlled since the 1990s by ethnic Armenians supported by Yerevan, flared up in 2020 into a six-week war in which Azeri troops regained swathes of territory.

European Council President Charles Michel said after a meeting with both Pashinyan and Azeri President Ilham Aliyev that they had agreed to advance discussions on a future peace treaty, with respective commissions on delimiting their inter-state border to meet on the border itself within days.

Aliyev posted a decree on his website creating a Border Delimitation Commission under Vice-Premier Shakhin Mustafayev.

Armenia’s commission on border delimitation and security will be headed by Deputy Prime Minister Mher Grigoryan, according to the Telegram channel of the Russian Sputnik agency.

Pashinyan has faced a series of protests in Yerevan in recent weeks since he said the international community wanted Armenia to “lower the bar” on ethnic Armenian claims to Nagorno-Karabakh.

Michel said on Sunday that he would hold another trilateral meeting with Aliyev and Pashinyan by July or August.