Armenia-Azerbaijan: EU sets up monitoring capacity along the international borders

The Council today (17 October) decided to deploy up to 40 EU monitoring experts along the Armenian side of the international border with Azerbaijan with the objective of monitoring, analysing and reporting on the situation in the region. 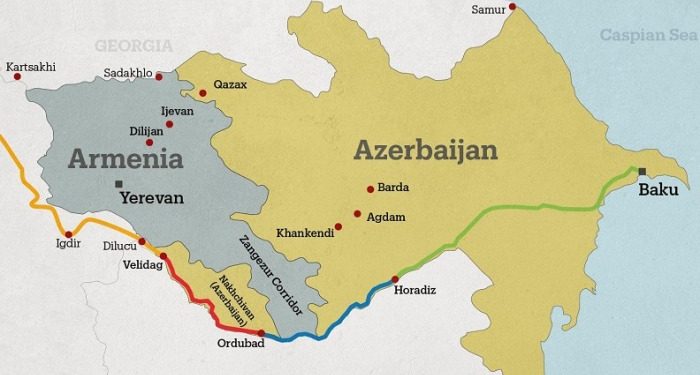 This decision follows the quadrilateral meeting between President Aliyev, Prime Minister Pashinyan, President Macron and President Michel on 6 October, and is aimed at facilitating the restoration of peace and security in the area, the building of confidence and the delimitation of the international border between the two states.

The EU’s deployment of up to 40 EU monitoring experts along Armenia’s international border with Azerbaijan will aim to build confidence to the unstable a situation that is putting lives at risk and jeopardizes the conflict resolution process. This is another proof of the EU’s full commitment to contributing to the ultimate goal of achieving sustainable peace in the South Caucasus.Josep Borrell, High Representative for Foreign Affairs and Security Policy

The monitoring mission will have a temporary nature and in principle will not last more than two months.

On the occasion of the meeting of the European Political Community held in Prague on 6 October 2022, the Republic of Armenia and the Republic of Azerbaijan confirmed their commitment to the UN Charter and to the Declaration agreed in Alma-Ata on 21 December 1991, in which both states recognise each other’s territorial integrity and sovereignty. They confirmed it would be a basis for the work of the border delimitation commissions and that the next meeting of the border commissions would take place in Brussels by the end of October. The aim of this mission is to build confidence and, through its reports, to contribute to the border commissions.

By letter received by the High Representative of the Union for Foreign Affairs and Security Policy on 22 September 2022, the Foreign Minister of the Republic of Armenia invited the EU to deploy a civilian CSDP Mission in Armenia.