Armenia said Wednesday it will seek to expand the presence of Russian troops on its soil in a move that would further strengthen Moscow's role as the tiny Caucasus country's security guarantor. 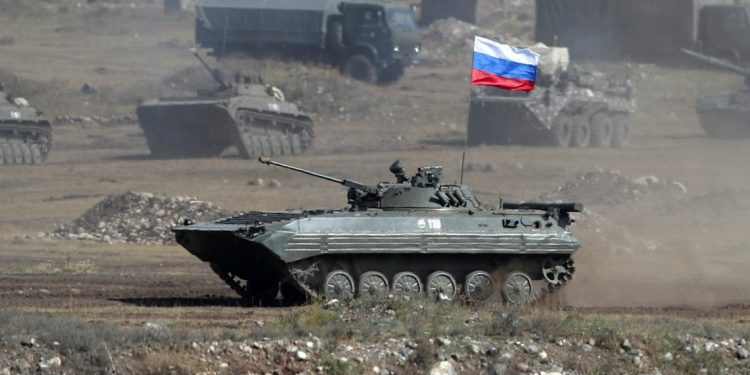 Russia helped broker a peace deal between Armenia and its arch-foe Azerbaijan in November which ended six weeks of fighting over the disputed Nagorno-Karabakh region that claimed the lives of some 6,000 people.

Under the deal, Armenia ceded swathes of territories to Azerbaijan in the disputed enclave as well as surrounding areas it had controlled since a war in the 1990s, as well as allowing the deployment of Russian peacekeepers in the area.

Prime Minister Nikol Pashinyan said Wednesday that his government was in “talks with Russian partners on setting up a foothold of Russia’s 102nd military base” in Armenia’s Syunik region that borders Azerbaijan and Iran.

“The Armenian-Russian military alliance is pivotal for ensuring Armenia’s security,” he said in parliament, stressing the “critical importance” of the “joint Russian-Armenian military alignment and of the joint air defense system.”

“We are discussing the possibility of expanding the capabilities of Russia’s military base.”

Under the treaty, Russia has an obligation to defend Armenia in the event that the small landlocked nation comes under attack from a foreign power.

Armenia hosts a 3,000-troops-strong Russian military base in its second-largest city of Gyumri and Russian border guards are deployed along Armenia’s borders with Azerbaijan, Turkey and Iran.

Armenia and Turkey have been at loggerheads since Armenia gained independence following the Soviet Union’s dissolution in 1991 and their shared border has remained closed ever since.

Turkey’s backing of Turkic-speaking Azerbaijan in its conflict with Armenia over Karabakh — and Armenia’s bid to get World War I-era massacres of ethnic Armenians in the Ottoman Empire recognized as genocide — have soured relations between the two countries.