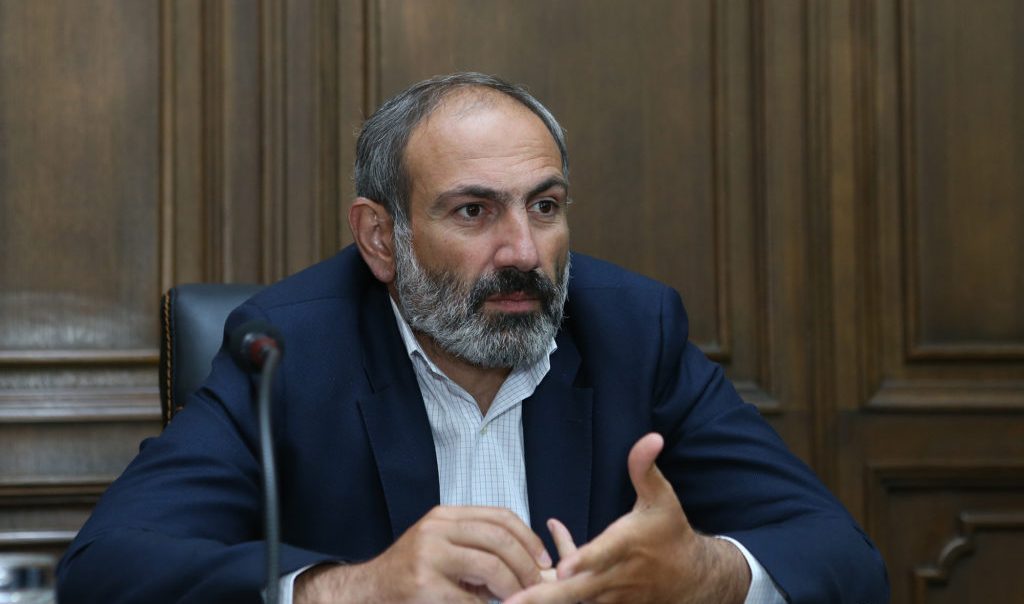 Armenian Acting Prime Minister Nikol Pashinyan sent letters to the CSTO Council Chairman, President of Tajikistan Emomali Rakhmon, as well as to other members of the organization over the situation along the Armenian-Azerbaijani border, the Armenian Foreign Ministry said Friday.

“Acting Foreign Minister Ara Ayvazyan informed CSTO Secretary General Stanislav Zas that letters were sent in the name of the Acting Prime Minister to the President of Tajikistan as the Chairman of the CSTO Council and other members of the Organization with a request to initiate consultations in accordance with the Article 2 of the Treaty,” the Foreign Ministry said.

The Foreign Ministry noted that Ayvazyan and Zas continued to discuss steps taken in order to resolve the situation on the Armenian border.

According to Article 2 of the Collective Security Treaty, in the event of a threat to the security, stability, or territorial integrity and sovereignty of one or several of the member states, or a threat to international peace and security, the member states must immediately engage a joint consultations mechanism in order to coordinate their positions, as well as define and take measures in order to eliminate the emerging threat.

On Wedensday, the Armenian Defense Ministry announced that the Azerbaijani Armed Forces attempted to carry out “certain operations” in the Syunik Region in a bid to “redefine the border.” The Azerbaijani forces ceased their activities after the Armenian Armed Forces took measures in response. Negotiations are underway in order to sort out the situation. Pashinyan stated that the Azeri forces had crossed the Armenian border and moved 3.5 kilometers deep into its territory. He branded the incident as an attempt against Armenia’s sovereignty.