Acting Prime Minister pointed out earlier that certain agreements had been reached with international counterparts to resolve the Armenian-Azerbaijani border crisis. 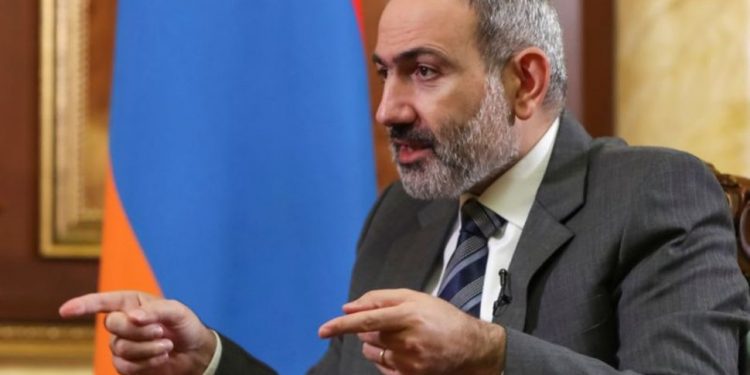 Armenia will not ink the agreement on a border demarcation commission with Azerbaijan unless its troops withdraw from the Armenian territory, Acting Prime Minister Nikol Pashinyan said at the parliament on Wednesday.

“We cannot sign the document without the withdrawal of the [Azerbaijani] troops. We have proposed two options, either the troops are withdrawn from Armenia or the signed agreement defines clearly how many days it will take for Azerbaijani troops to withdraw. Azerbaijan’s Armed Forces must leave our territory, and we are not discussing any other possibility,” he said.

Pashinyan pointed out earlier that certain agreements had been reached with international counterparts to resolve the Armenian-Azerbaijani border crisis. Later, Armenian media outlets published a draft statement, as they alleged, of the Armenian, Azerbaijani and Russian leaders, which called for a joint commission to be set up to re-demarcate the border between Armenia and Azerbaijan. Its authenticity was confirmed by the Armenian prime minister. Under the draft, until May 31 Armenia and Azerbaijan should field national delegates to take part in the border demarcation commission, while Russia should form a delegation to provide them with advisory assistance. Russia has not yet officially commented on the existence of this agreement.