The moment when the last illegal Middle Eastern Armenian settler will have to leave Lachin and Zabukh is just days away. 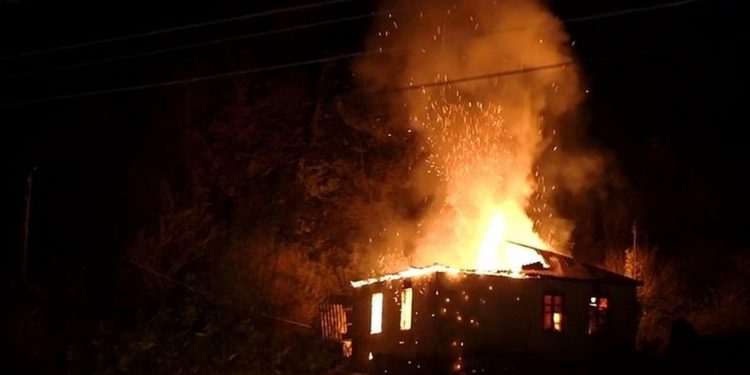 Although it was known as early as in November 2020 that these settlements would be returned under Azerbaijan’s complete control, the Armenian opposition keeps trying to play out another act of “national tragedy” and use the relocation of its compatriots against the hated Nikol Pashinyan.

As we know, under the agreements reached, the Armenian authorities have undertaken to guarantee the safety of homes and property in the vacated settlements. Not many in Armenia want a repeat of the scenario from two years ago, when representatives of the “most ancient people” burned the illegally occupied houses to the ground as they were being evicted—but not before they removed from those houses all they could, from flooring and tiles to sinks and toilet tanks.

In order to avoid awakening barbaric instincts in its compatriots, the Armenian government promised 10 million drams (AZN 41,000—Ed.) as compensation to a few dozen Armenians who lived in Lachin and Zabukh, with the caveat that those who destroyed their houses would not get compensation.

And yet yesterday, all Armenian media without exception spread video footage and photos of a young man who, when leaving the village of Zabukh, burned to the ground the house that had not been built for him. Knowing in what squalor and misery the illegal Armenian settlers lived in the occupied Azerbaijani territories, it was hard to believe that any of them could voluntarily give up such an impressive compensation.

However, Armenian journalist Lilit Shahverdyan, who lives in Karabakh, revealed the truth behind this disgusting affair. According to her, the Armenian diaspora abroad has promised generous compensation to those illegal settlers who choose to burn their homes in defiance of the authorities.

Shahverdyan does not disclose the amount of compensation, but it is likely to be substantially more than the 10 million drams offered by the Armenian authorities.

It appears that the opposition, the diaspora, and Pashinyan’s many political opponents are so intent on getting rid of the “traitor of the Armenian people” that they are once again willing to paint the “enlightened and long-suffering” Armenian people as primitive savages and barbarians stuck on the sidelines of the evolutionary process.