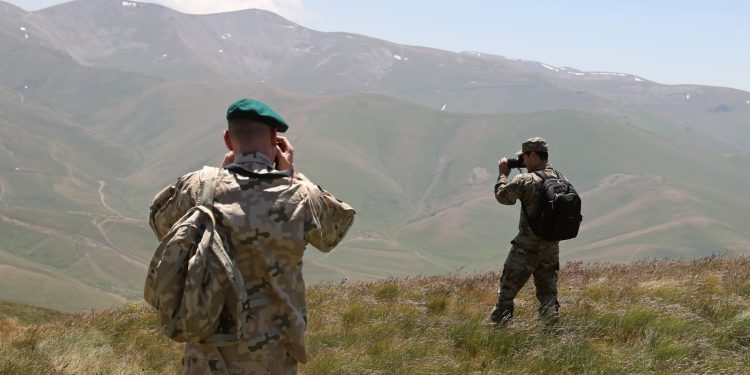 The statement by the ministry said that Armenian troops located near Arazdeyen village of the Vedi province in Armenia have opened fire at Azerbaijani positions in the Heydarabad settlement of Sadarak province in the Nakhchivan Autonomous Republic.

The armed conflict started at 11 p.m. and ended at 11:50 p.m. local time. The ministry stated that Azerbaijani positions in the Istisu village of the Kalbajar region were fired upon as well fire from Armenian positions in Vardenis.

The ministry stated that Azerbaijani troops retaliated and the region is now under Baku’s control. It was added that there were no casualties on the Azerbaijani side.

Attacks by Armenia on the mutual border have increased in the past few weeks. Recently, the Turkish Defense Ministry pointed to this increase and stated that Yerevan has been ignoring the calls for peace by Azerbaijan’s President Ilham Aliyev.

The Turkish National Security Council’s statement Thursday also pointed to this fact and said that Armenia needs to depart from aggressive rhetoric and activities while taking the chance of long-awaited peace and stability in the South Caucasus.

The statement further urged the Armenian authorities to stick to their commitments and enhance their relations with regional countries.

Ankara and Baku have recently reiterated their sincerity and determination to create an environment where all countries of the region –Turkey, Azerbaijan, Armenia, Russia, Iran and Georgia – will solve their problems among themselves and make economic gains together.

Turkey threw its support behind Azerbaijan, whose Nagorno-Karabakh region had remained under illegal Armenian occupation for nearly three decades, before finally being liberated last November.