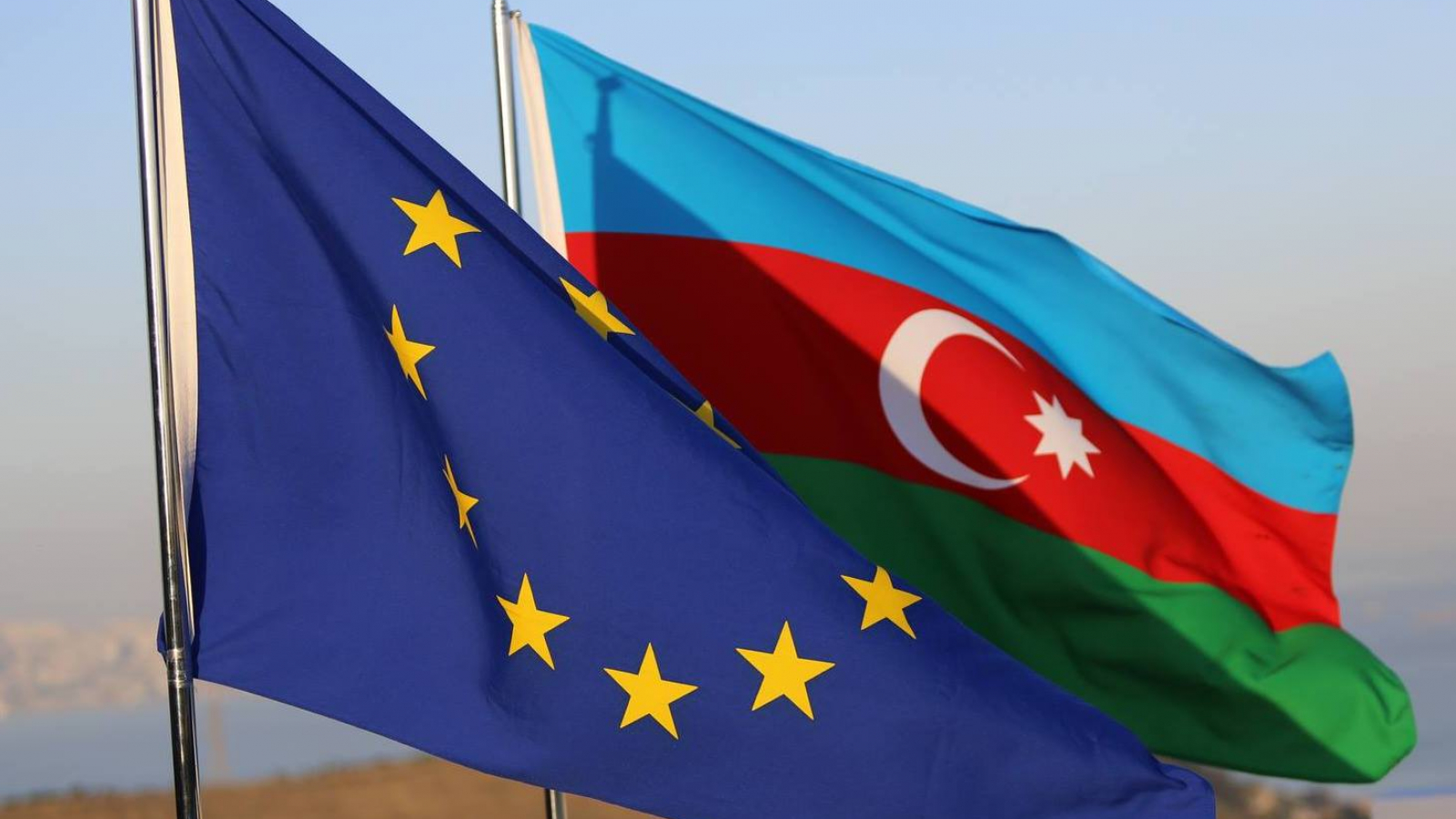 Specifically, Azeri natural gas is an important source of energy for Europe as a “transition fuel” because it releases less CO2 emissions than coal and other fossil fuels – writes Shahmar Hajiyev, Senior Advisor at the Center of Analysis of International Relations (AIR Center) and Robert Tyler, Senior Policy Advisor at New Direction Foundation.

Natural gas supports Europe’s renewable energy initiatives as it can quickly compensate for dips in solar or wind power supply and rapidly respond to sudden increases in demand. It is for this reason, that natural gas was finally included in the European Commissions ‘taxonomy’ of clean energy sources as part of the EU’s ‘Green New Deal’. Therefore, the export of the Azerbaijani natural gas to European energy markets via the Trans Adriatic Pipeline (TAP), the European leg of the Southern Gas Corridor (SGC) has become crucial for Europe’s energy security in terms of diversification of supplies and routes.

In recent years, intensive negotiations between EU and the Azerbaijan have taken place to explore the possibilities for increasing the export of Azerbaijani natural gas to Europe, and for cooperation in the field of green energy. To this end, the “Memorandum of Understanding on a Strategic Partnership in the Field of Energy” between Azerbaijan and Europe signed on July 18, 2022, set the basis for the growth in the volume of exported natural gas and green energy from Azerbaijan. According to the signed MoU, Azerbaijan will increase imports of Azerbaijani natural gas to Europe by at least 20 billion cubic meters (bcm) per year by 2027. The MoU also opened up new opportunities for the development of green energy for supporting electricity export between the region and Europe.

Touching upon the development of green energy, it is worth noting that green energy comes from renewable energy technologies, and it is an environment-friendly and clean energy source. On 18 May 2022, the European Commission published the REPowerEU plan, which is based on three pillars: saving energy, producing clean energy and diversifying the EU’s energy supplies. As part of its scaling up of renewable energy in power generation, industry, buildings and transport, the Commission proposes to increase the target in the directive to 45% by 2030.  Thus, supporting green energy initiatives in Azerbaijan will strengthen mutually beneficial cooperation between parties.

Azerbaijan is also interested in supporting green energy projects in order to diversify its energy production. In recent years, the country has started sustainable development in the energy sector through the creation of green energy zones and the gradual process of decarbonization. Renewable energy production in the country aims to support a sustainable energy future by producing more electricity from renewable energy sources. This process will be an important target to decrease the use of natural gas in electricity production and further its export to Europe. In this regard, two important renewable energy projects were signed with Saudi Arabia’s ACWA Power and United Arab Emirates’ (UAE) Masdar energy companies. The 230 MW solar power plant to be built by Masdar and 240 MW Khizi-Absheron wind power plant to be built by ACWA Power will support the sustainable energy future and green energy export potential of the country. These two projects will play an important role in increasing the share of renewable energy sources in the country’s energy system up to 30 percent by 2030.

Against the background of EU-Azerbaijan energy cooperation, the president of Azerbaijan Ilham Aliyev attended a plenary meeting on the signing of the “Agreement on strategic partnership on green energy” in Romania on 17 December 2022. The Bucharest plenary meeting with participation of president of Romania Klaus Iohannis, Prime Minister of Georgia Irakli Garibashvili, Prime Minister of Hungary Viktor Orban and President of the European Commission Ursula von der Leyen demonstrates strong cooperation between Azerbaijan and partners.

The signed document envisages export of electricity from Azerbaijan via an underwater electric cable under the Black Sea from Georgia to southeastern Europe. As noted above, Azerbaijan is highly interested in developing renewables and exporting its electricity to European energy consumers. During the event president Aliyev underlined “Our country is planning to become an important supplier of electric energy to Europe, mainly green energy. Azerbaijan’s renewable energy potential is more than 27 gigawatts of wind and solar power onshore and 157 gigawatts of wind power in the Azerbaijani sector of the Caspian Sea. Together with one of our country’s strategic investors, we plan to implement 3 gigawatts of wind and one gigawatts of solar power by 2027, 80 percent of which will be exported. By 2037, we plan to create an additional capacity of at least 6 gigawatts”. It shows that Azerbaijan aims to be not only natural gas exporter but also green energy exporter to the European energy markets in the near future.

President of the European Commission Ursula von der Leyen also noted that “To integrate a growing share of renewables, we need, indeed, stronger electricity interconnections, and this is why the Black Sea electric cable between Romania, Georgia, and Azerbaijan is so important, and I can only say what an ambitious project! It would connect us on both sides of the Black Sea and further towards the Caspian Sea region. It will help reinforce our security of supply by bringing electricity from renewable sources to the European Union via Romania and through Hungary.”

In fact, Azerbaijan and Georgia as regional partners will implement another strategic project connecting the South Caucasus and Europe. This green energy deal is highly important for Romania and Hungary as the electricity mix of these countries, especially Hungary, mainly relies on fossil fuel. Therefore, imports from Azerbaijan will allow them to balance electricity mix by reducing natural gas for the electricity production.

This diversification of the EU’s energy sources is of particular importance, as it comes against the backdrop of the ongoing war in Ukraine. Many Western European countries took for granted that cheap energy would flow from Russia to Europe uninterrupted, without accounting for growing tensions on Europe’s eastern frontier. Now countries like Germany, France, and the Netherlands – that for the longest time had economic growth on the basis that cheap Russian energy could be turned into industrial output, have been forced to diversify their imports. Sanctions against Russia mean that the EU must start looking further afield for new sources.

In Central and Eastern Europe, early work was done already to diversify their energy imports – with the countries of the Three Seas Initiative, a coalition of 12 EU Member States – already building new LNG terminals in Croatia and Poland with an aim to import American gas. They have also been at the forefront of calls for better energy relations with the South Caucasus.

To sum up, energy resources became increasingly important in relations between Azerbaijan and the West. Various energy projects raise the geopolitical importance of Azerbaijan. By supporting green energy, Azerbaijan will balance the use of natural gas and renewables in the electricity production, and that will increase country’s potential for electricity production and export. Europe also aims to speed up the green energy transition to support sustainable development by saving energy, and diversifying energy supplies. So far, the Black Sea submarine electricity cable project shows that regional cooperation is vital for implementing strategic projects. To this end, signing the final peace treaty between Azerbaijan and Armenia would allow Yerevan to join inter-regional projects, which would support Armenia’s economic development and prosperity.