2 arrested last month are released after standoff sparked by allegations from Iran that Israel maintained a military presence in Azerbaijan, which Baku denied. 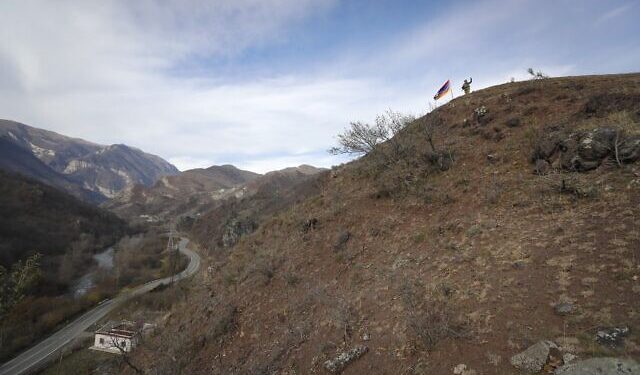 The move marks a thaw between Azerbaijan and Iran a week after their foreign ministers agreed to resolve a crisis in ties through dialogue.

Azerbaijan’s customs department said Thursday it had handed over the drivers to the Iranian side in a decision “guided by principles of humanitarianism, mutual respect and good neighborliness.”

The standoff between the countries was sparked by allegations from Tehran that its sworn enemy Israel maintained a military presence in Azerbaijan. Baku denied the claims.

Iran vowed to take any necessary action and staged military drills near its border with Azerbaijan.

Israel is a major arms supplier to Azerbaijan, which late last year fought a six-week war with neighbor Armenia for control of the disputed Nagorno-Karabakh region.

Azerbaijan and Iran have long been at loggerheads over Tehran’s backing of Armenia in the decades-long Nagorno-Karabakh conflict.

The war last year ended with a Russian-brokered ceasefire that saw Armenia cede swaths of territory — including a section of Azerbaijan’s 700-kilometer (430-mile) border with Iran.

Baku said the drivers entered Azerbaijan through that territory, bypassing border control to avoid customs duties it had imposed recently — to Iran’s fury — on cargo transit to Armenia.

Tehran has long been wary of separatist sentiment among its ethnic Azeri minority, who make up around 10 million of Iran’s 83 million population.