Azerbaijan names condition for normalisation of relations with Armenia

Azerbaijani Foreign Minister Jeyhun Bayramov has said that the normalisation of relations between Azerbaijan and Armenia should be based on mutual recognition of each other's territorial integrity and sovereignty. 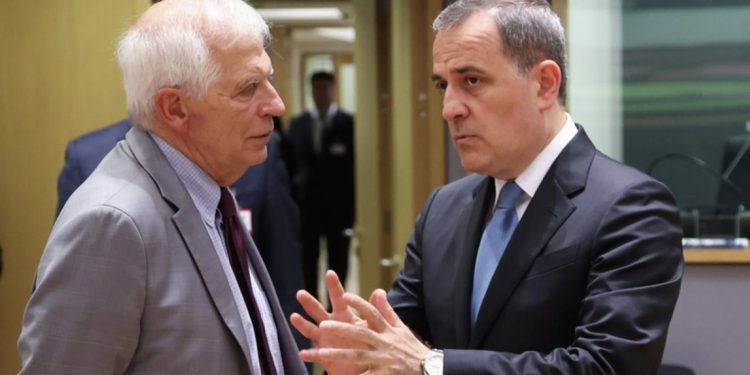 Bayramov made the statement in a joint press statement with EU High Representative for Foreign Policy and Security Josep Borrell in Baku on July 19.

“The previous meeting of the Cooperation Council took place shortly after the end of the 44-day war and the signing by the leaders of Azerbaijan, Armenia and Russia of a tripartite statement that ended decades of conflict. There is no alternative to the normalization of relations between the two countries based on mutual recognition of each other’s internationally recognized territorial integrity and sovereignty. The EU plays an important role in the post-conflict period. In this context, we welcome the efforts and support of President Charles Michel to normalise relations between Armenia and Azerbaijan,” the foreign minister noted.