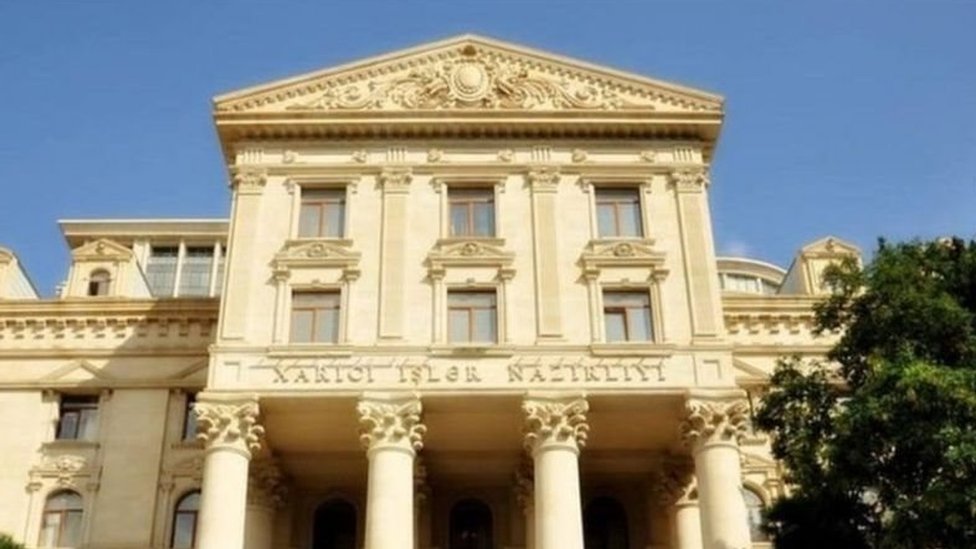 According to the statement of the Ministry of Foreign Affairs of December 13, claims that the Shusha-Lachin road is allegedly blocked by Azerbaijan and that this may cause a humanitarian crisis are absolutely baseless.

This was stated by the Head of the Press Service Department of the Ministry of Foreign Affairs of the Republic of Azerbaijan Aykhan Hajizade, as he commented on the statements of the spokespersons for foreign affairs and security policy of the Ministry for Europe and Foreign Affairs of the French Republic, the US Department of State and the European Union.

“Unlike Armenia, which constantly hinders the opening of all transport and communication routes in the region, the Azerbaijani side, in accordance with its commitments, has rebuilt the Lachin road over the past two years and created conditions for its use precisely for humanitarian purposes.

“All in all, the disregard for the illegal economic activity, the plundering of natural resources and environmental damage that has been perpetrated in these territories for the past 30 years, as well as the use of the Lachin road for both military provocations and illegal economic activity contrary to Paragraph 6 of the Trilateral Statement, is an indication of a biased approach by these countries. Their overlooking of the mine terror committed against the civilian population in the territories of Azerbaijan by using the Lachin road is also a source of serious concern.

“The protests by the Azerbaijani civil society and environmental activists on the Shusha-Lachin road in the last few days are a result of the legitimate dissatisfaction of the Azerbaijani public with said illegal activities, and this civil position should be respected. The purpose of the protests is not to close any road; civilian vehicles can move freely in either direction.

“As for the humanitarian situation in the region, we reiterate that the Azerbaijani side is ready to meet the humanitarian needs of the Armenian residents living in our territories,” the MFA spokesperson said.