Azerbaijan strengthens its position as a regional digital hub

In March of 2021 Azerbaijan’s company Neqsol Holding become 100% owner of the Georgian internet provider, Caucasus Online, after the former owner of the company, Khvicha Makatsaria, transferred his 51% of shares to Nasib Hasanov. 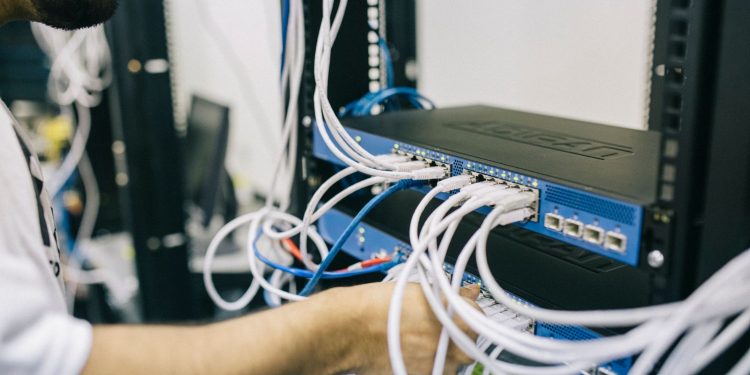 Hasanov, the owner of Neqsol Holding, had acquired the other 49% of the shares of Caucasus Online in 2019 for $61 million. Despite some experts’ raised concerns regarding Neqsol Holding’s full acquisition of Caucasus Online, it will strengthen the cooperation between Azerbaijan and Georgia and will be advantageous for both sides.

Neqsol Holding is a diversified group of companies that operate across oil, gas, telecommunications, hi-tech, and construction industries in different countries such as the UK, the USA, Turkey, Azerbaijan, Ukraine, Georgia, Kazakhstan, and the UAE, providing services to over 25 million customers across the globe. The holding entered the telecommunication industry in 2005 by acquiring Bakcell, the first telecommunication company in Azerbaijan. One of the most important projects of the holding is an international project called the Digital Silk Road, which was launched in 2018 and was selected as one of the top five infrastructure projects in Asia in 2020. The main goal of the project is to develop a modern transit fiber-optic infrastructure network connecting Europe with the Central and South Asian markets through Georgia and Azerbaijan.

The acquisition of the Caucasus Online by Neqsol Holding holds special importance for the implementation of the Digital Silk Road program, as it owns the only fiber-optic cable transiting internet traffic from Europe to the Caucasus. The most important physical asset of Caucasus Online is the Caucasus Cable System, which compromises the 1,200 km long fiber-optic cable constructed along the bottom of the Black Sea by Tyco Electronics. This cable directly transits Internet traffic from Europe to the South Caucasus and the Caspian basin. Therefore, the acquisition of stakes of Caucasus Online makes it possible to link its fiber-optic cable that connects Europe and Caucasus to the Digital Silk Road. It is expected that the creation of the Digital Silk Road will improve internet access and digital services for 1.8 billion people in the Caucasus, the Middle East, Central and South Asia.

In order to support the implementation of the Digital Silk Road and coordinate the works regarding this project, state-owned AzerTelecom has started the ambitious “Azerbaijan Digital Hub” program. The main goal of this program is to develop the domestic telecommunication infrastructure to meet the standards of the advanced economies and to eliminate Azerbaijan’s dependence on other countries for Internet access. After achieving these goals, Azerbaijan could become the region’s main seller of Internet access, transforming itself from an importer of digital services to an exporter.

Towards the implementation of the ambitious Digital Silk Road project, Azerbaijan has also inaugurated two fiber-optic cable lines with Kazakhstan and Turkmenistan running through the bottom of the Caspian Sea. With high data-transmission capacity, the new undersea fiber-optic cables will enable the transmission of web traffic from Europe to Turkmenistan, Uzbekistan, Afghanistan, Pakistan and India via Azerbaijani territory. The 380-400 km long fiber-optic cable connecting Azerbaijan and Kazakhstan will have a data-transmission capacity reaching 4–6 terabits per second and is planned to start operating by the end of 2021.

The Digital Silk Road project creates great opportunities for Georgia as well. Georgia’s participation in this project has the potential to turn the country into the regional data center and potential investment destination for the tech giants such as Google, Amazon, Facebook and Netflix. However, despite the importance of the project, Georgian National Communication Commission (GNCC), the regulatory body overseeing broadcasting and electronic communications, was dissatisfied with the acquisition process of Caucasus Online by Neqsol Holding in 2019. GNCC accused Caucasus Online of violating the “Law on Electronic Communications” by not obtaining permission from the regulator for the change of shareholder. Along with these financial sanctions, the GNCC demanded to cancel the acquisition of the company’s shares and restore the previous status quo. For this purpose, the GNCC appointed a special manager to Caucasus Online starting from October 1, 2020.

The right to appointing special managers in telecommunication companies was given to GNCC after Georgia’s Parliament endorsed amendments to the electronic communications law in July 2020. Changes to the law gave unlimited authority to GNCC in controlling the telecommunication companies. These amendments have been widely criticized in Georgia, describing the norms proposed by the bill as unjustified interference in the property rights secured by the constitution. The Venice Commission also criticized the amendments stating that powers given to the special managers are so over-reaching that it leaves the shareholders with no say in the decision-making processes within the company.

Similar concerns regarding the violation of the “Law on Electronic Communications” were raised by GNCC even after the acquisition of the remaining 51% shares of the Caucasus Online by Neqsol Holding in March. However, after Caucasus Online’s former owner, International Online Networks appealed for a second time to the Appellate Court, it suspended special managers’ authority citing “substantiated doubts” about the legality of the regulator’s appointment. This decision of the Appellate Court of Georgia eliminated the barriers that prolonged the acquisition process of the Caucasus Online and the implementation of the Digital Silk Road project.

The acquisition of the Caucasus Online by Neqsol Holding is the next great example of the Georgia-Azerbaijan cooperation. Not coincidentally, the project is often dubbed by international observers as a “digital version of the Baku-Tbilisi-Ceyhan oil pipeline”. In recent decades, the close cooperation of Georgia, Azerbaijan and Turkey has led to the implementation of several important energy and transport projects such as Baku-Tbilisi-Ceyhan, South Caucasus Pipeline, and Baku-Tbilisi-Kars. These international projects have transformed Azerbaijan not only into one of the main players in the energy security of Europe but also into the regional transport hub. After acquiring these statuses, Azerbaijan has been successfully working on projects and programs in the telecommunication sector, in order to also become a digital hub. Hence, expansion of the cooperation with Georgia and acquisition of the Caucasus Online by Azerbaijani company strengthens its position as a regional digital hub. Like other regional jointly implemented projects, the implementation of the Digital Silk Road will also significantly affect regional development and cooperation.