Strategic partnerships and informal alliances play a vital role in determining the geopolitical realities of the Caspian Sea basin. The region has demonstrated several successful cases of tripartite configurations that could untie complex knots which bureaucratic and biased techniques of multilateral approaches failed to resolve. 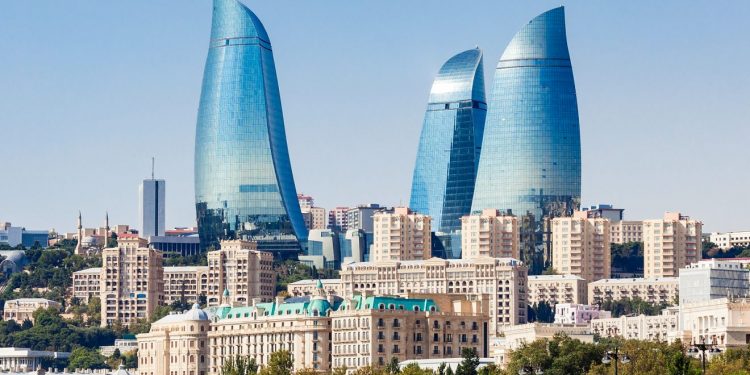 “Triangles” became an effective tool to realize the economic and geopolitical objectives of countries without antagonizing others. Utilizing its geo-strategic location and natural resource potential, Azerbaijan plays an active role in developing multilateral cooperation formats conducive to the region’s sustainable peace and prosperity. Baku has been a driving force for establishing trilateral partnerships based on the balanced foreign policy principle. Agreements developed in Azerbaijan-Georgia-Turkey, Azerbaijan-Turkey-Turkmenistan, Azerbaijan-Pakistan-Turkey, and Armenia-Azerbaijan-Russia trios have signaled prospects of new pathways for cooperation in the near future.

A particularly successful example of trilateral diplomacy has been the long-standing cooperation between Azerbaijan, Georgia and Turkey. The connectivity projects developed between the three states bypassed the territories of regional spoilers – Iran and Russia – and necessarily increased their proximity to the Western markets. Upholding similar or related aspirations with respect to issues of integration and security, the countries showed a powerful model of trilateral dialogue in the fields of connectivity, mutual direct investment, military alignments, and political support. The trilateral military exercises held under the label of “Eternity 2021” and recent discussions on customs issues indicated strengthening ties as relations are elevated to a new level in the context of the new geopolitical realities established after the Second Karabakh War.

The strategic partnership developed between Azerbaijan, Pakistan, and Turkey has its roots back in the 1990s as Pakistan was one of the first countries officially recognizing the independence of Azerbaijan following the dissolution of the Soviet Union. The shared history of territorial disputes that brought the two countries closer, bolstered by Pakistan’s refusal to recognize Armenia as an independent state, was explicit in Pakistan’s unconditional support for Azerbaijan during the Second Karabakh War. The relations between Azerbaijan and Turkey, based on a principle of “one nation, two states”, acted as a building block of the triangle while Turkey and Pakistan generated a solid base to support each other’s cause in regional affairs. Subsequently, the joint military drills held in Baku in September 2020 signaled the strong military configuration formed in the region.

In this regard, relations between Azerbaijan, Iran, and Turkmenistan have been much more controversial primarily in matters pertaining to energy resources. Since 1997, Azerbaijan-Turkmenistan relations have been volatile due to the diverging interests in the Caspian Sea. The former president of Turkmenistan, Saparmurad Niyazov, referring to Turkmenistan’s concerns about the disputed oil field famously said that “the Caspian Sea is smelling of blood.” The unresolved dispute over the status of the Caspian Sea had generated diplomatic tensions since access to the sea became a vital topic of interest, and the discord on resource exploration surfaced until the convention on the legal status of the sea was signed in 2018. International companies operating in the sea have witnessed a series of disagreements between the two countries as both sides were blame-shifting on the grounds of crossing borders during field work. In this regard, the formerly known Sardar/Kapaz field, located in the middle, was the main source of discord which Turkmenistan even considered taking to the International Arbitration Court.

Azerbaijan has occasionally encountered problems with its southern neighbor too, home to a sizeable number of Azerbaijanis. The contrasting positions of Iran and Azerbaijan on the status and delimitation of the Caspian Sea triggered hardline politics in already complicated relations. The unevenly distributed resources and shortest coastline prompted Iran to appeal to alternative methods and haggle over its shares as a losing party. Explorations in the Caspian Sea and its undefined status rendered diplomatic tensions inevitable as sides could not agree on borders. Although Azerbaijan and Iran established a pragmatic partnership during the presidency of Hassan Rouhani, relations went south when Iranian trucks were noticed illegally entering Karabakh without Azerbaijan’s permission after the Second Karabakh War. The political unease entered a new stage as the two states demonstrated a more bellicose approach following Iran’s military maneuvers around Azerbaijani borders, reacting primarily to the deepening Azerbaijani-Israeli ties and previously mentioned trilateral military drills.

On the positive side, regional tensions subsided after the convention on the legal status of the Caspian Sea was signed in 2018, following years of negotiations. Proceeding the agreement on the division of the resource-rich seabed, a Memorandum of Understanding signed between Azerbaijan and Turkmenistan in January 2021 resolved the status of the long-disputed field. As the joint operation is agreed in the formerly known Sardar/Kapaz field, symbolically renamed “Dostluk” (meaning “friendship” in both languages), a much closer partnership is expected from the two countries, and one of high export potential. Moreover, the recent misunderstanding between Iran and Azerbaijan was carefully dealt with after the call and, subsequently, the meeting of foreign ministers of the two countries.

Accordingly, amid growing demand for gas and increasing prices in Europe, the 15th summit of the Economic Cooperation Organization brought about remarkable results in terms of developing cooperation among states as a trilateral gas swap deal was signed between Azerbaijan, Iran, and Turkmenistan at the sidelines of the meeting. Consequently, Turkmenistan agreed to export 1.5 to 2 billion cubic meters of gas to Iran which would later deliver the same amount to Azerbaijan through the established pipelines. The so-called gas swap deal became conducive to the improvement of ties between the three countries, which have generally been the weakest link in Azerbaijan’s trilateral diplomacy.

As part of the EU’s gas supply diversification plan, Azerbaijan has recently increased its gas production to meet growing demand in the Western markets. The import of gas from Turkmenistan is of vital importance for Azerbaijan since the completion of the Southern Gas Corridor and commencement of the first deliveries of gas to European customers entail a need for balanced supplies. This deal will ensure the transportation in an adequate and timely manner, as well as meet the growing demand at home. In the framework of the postponed billion-dollar Trans-Caspian project, the gas swap deal is expected to contribute to bolstering connectivity between the Caspian Basin and Europe. The deal is particularly valuable for Turkmenistan as a state largely dependent on Russian and Chinese markets. The global economic disruptions of the COVID-19 pandemic did not bypass Turkmenistan either, where diversification is at the lowest levels. The trilateral deal will be helpful to ameliorate the country’s unsatisfactory reputation in attracting investments, essentially deriving from previous problems concerning its poor protection scheme. As for Iran, the agreement is a big chance to improve its relations with neighboring countries after years of being circumvented in key partnerships. The improving relations can move Iran closer to the region and increase its stake in regional connectivity. From another perspective, the deal will benefit the Iranian people too, as following the suspension of gas imports from Turkmenistan over debt-related issues, the northern and north-eastern parts of Iran have been facing major difficulties in securing gas supply.

The gas swap deal has become one of the main pillars of Azerbaijan’s trilateral diplomacy following the victory in the Second Karabakh War. Considering the existing infrastructure between Iran and Turkmenistan, also between Azerbaijan and Iran, the deal was concluded without taking on a massive political and economic burden. Resolving one of the most complicated and long-term disputes of the region, which the U.S. as an active convener failed to broker, will open doors for further partnership. That being the case, the deal was followed by an agreement between Azerbaijan, Georgia, and Iran over the establishment of a transit route that would realize Iran’s long-standing plan to connect the Persian Gulf and the Black Sea, at the expense of its previous preference of a route through Armenia. Last but not least, taking into account Turkey’s significant influence in the area, the countries are expected to meet in alternative platforms as well, as observed in the evolving Azerbaijan-Turkey-Turkmenistan trilateral cooperation format aimed at establishing a firm link between the East and West.