Azerbaijan will for the first time mark International Holocaust Day on January 27, becoming one of only a handful of Muslim-majority countries to commemorate the day. 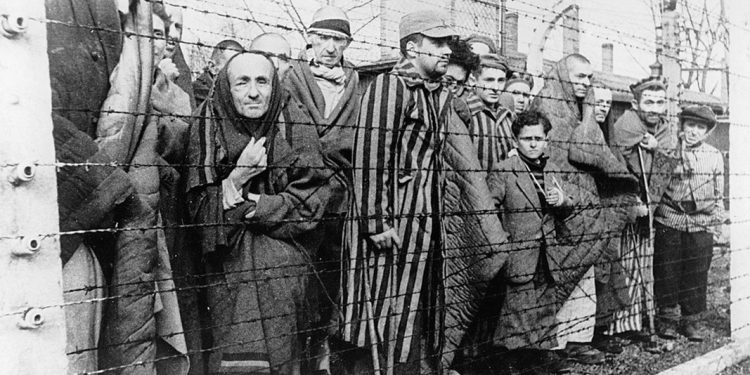 President of Azerbaijan Ilham Aliyev made notice of this decision in a meeting earlier this month with Rabbi Marc Schneier, a longtime advocate for Jewish-Muslim relations, while also committing to funding a Jewish school in the capital of Azerbaijan, Baku.

Schneier said he had asked Aliyev to take this step during their meeting, and that Aliyev readily agreed.

“President Aliyev said in response, ‘We would very much like to do this, and to be a part of it,’ and said that he would instruct his Foreign Ministry to coordinate with Israel’s ambassador to Azerbaijan in planning the commemoration events for the day,” said Schneier. “I think this is one more step, one more benchmark in Aliev’s unparalleled solidarity and commitment to his indigenous Jewish community, and to world Jewry and the State of Israel.”

Aliyev also committed to providing funding for the growing Chabad Ohr Avner Jewish school in Baku, and asked the rabbi there to update him in the event of any future financial distress at the school, giving his commitment to funding any such shortfall as well.

Aliyev also committed to providing funding for the growing Chabad Ohr Avner Jewish school in Baku, and asked the rabbi there to update him in the event of any future financial distress at the school, and gave his commitment to fund any such shortfall as well.

The school, the only Jewish school in Azerbaijan, was facing a very large financial deficit that Aliev said he would pay for as a gesture to the local Jewish community.

“All around the Muslim world, we are seeing miracles of a bold new support for Jewish life and partnership between our communities,” said Schneier, who is president of the Foundation for Ethnic Understanding, founding rabbi of the Hampton Synagogue in New York and a member of the board of trustees of the Baku International Center for Interfaith and Inter-Civilizational Cooperation.

“This magnanimous demonstration by President Aliyev is truly an astounding example of goodwill at the highest level, and mirrors Azerbaijan’s wholehearted commitment to the embrace of its Jewish population. I express my heartfelt thanks and gratitude to President Aliyev for his profound commitment to interreligious cooperation and coexistence.”

Azerbaijani Chief Rabbi Schneor Segal, a leader of the Alliance of Rabbis in Islamic States, said the Azerbaijani government’s pledge to financially help with teachers’ salaries will help fuel the school’s expansion.

“Azerbaijan is taking the concept of tolerance to a whole different level than what we see anywhere else in the world,” said Segal.

“For decades, the Jewish community has enjoyed a comfortable and peaceful life, without experiencing any sign of antisemitism. The government is truly committed to supporting and strengthening the future of the Jewish community in Azerbaijan. We are thankful to President Aliyev for his constant care for the Jewish population.”