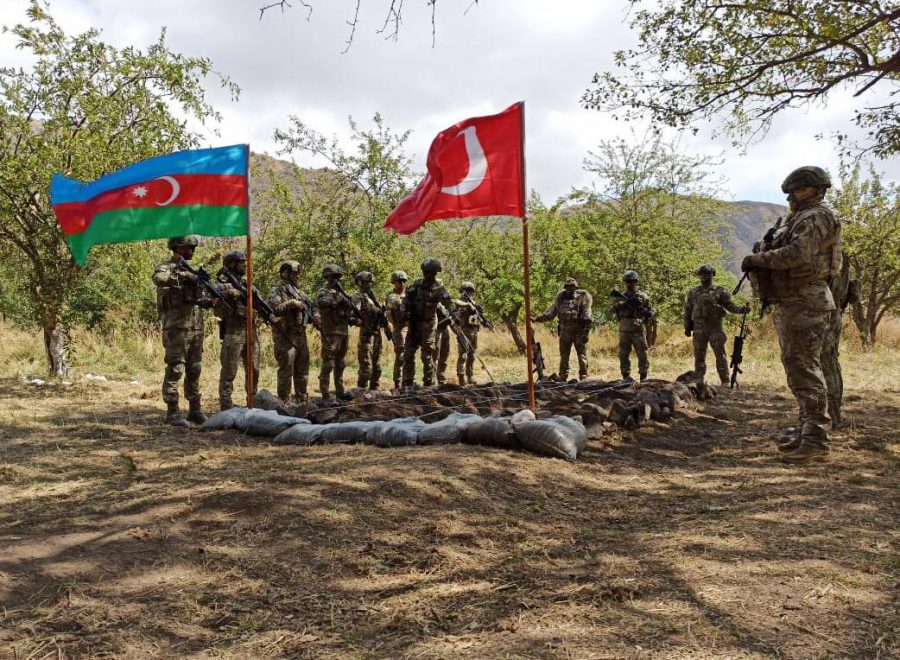 The armed forces of Azerbaijan and Turkey have begun a joint tactical exercise in the Lachin District of Nagorno-Karabakh, Azerbaijan’s Defense Ministry said on Monday.

“The main task of the exercise by Azerbaijani and Turkish military personnel is to practice combat cooperation and coordination in joint operations and to let commanders develop decision-making skills,” the Defense Ministry’s news release runs.

Special attention will be paid to the troops’ ability to use advanced military hardware on rugged terrain.

Tensions over Nagorno-Karabakh soared on September 27, 2020, resulting in a flare-up of hostilities. On November 9, Russian President Vladimir Putin, Azerbaijani President Ilham Aliyev and Armenia’s Prime Minister Nikol Pashinyan signed a trilateral statement that allowed for ending combat operations in the area. The Azerbaijani and Armenian forces stopped at the positions they were holding at the moment. A number of districts was put under Baku’s control. Russian peacekeepers were deployed along the disengagement line and the Lachin corridor.