The Azerbaijan army has repulsed a provocative incursion of its territorial boundary by Armenian soldiers, forcing them to return to their country, the country's Defense Ministry said Wednesday. 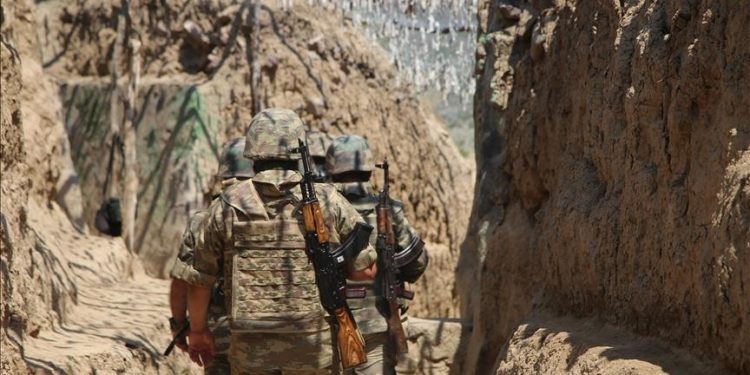 According to a statement issued in the capital Baku, around 40 Armenian soldiers infiltrated Azerbaijani territory on Tuesday evening in the direction of Armudlu village in the Kalbajar area.

Azerbaijan warned that the Armenian soldiers’ intervention is a provocation and that Armenia has full responsibility.

“The incident demonstrates once again that Armenia aims to aggravate the situation along the state border of the two countries,” the statement said, terming it a defiance of international and Azerbaijani calls to resolve border issues through negotiations and dialogue.

Armenia must act responsibly, respect the borders and territorial integrity of neighboring states and refrain from provocations that could aggravate the situation in the region, the statement stressed.

Relations between the two former Soviet republics have been tense since 1991, when the Armenian military occupied Nagorno-Karabakh, also known as Upper Karabakh, a territory internationally recognized as part of Azerbaijan, and seven adjacent regions.

The conflict between the two flared up last year and six weeks of fighting ended with a Russian-brokered truce on Nov. 10.

During that time, Azerbaijan liberated several strategic cities and nearly 300 of its settlements and villages that had been under Armenian occupation for some three decades.

The Nov. 10 cease-fire is seen as a victory for Azerbaijan and a defeat for Armenia, whose forces withdrew from the region in line with the agreement.

A joint Turkish-Russian center was established to monitor the cease-fire, with Russian peacekeeping troops also deployed in the region.