Azerbaijani gas among the alternatives to Russian supplies to Europe

Since the end of the Second World War, no fighting in Europe has been as devastating as the Russia-declared war in Ukraine, shaking the political stability and balance of the global economy. 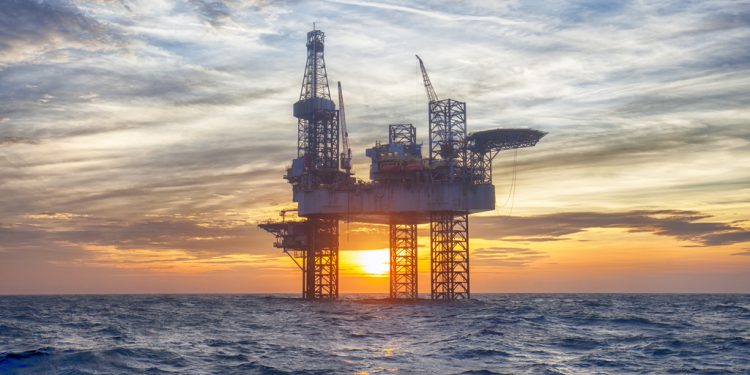 As prices of basic consumer products soared with the disruption of key supply chains and worsening shortages, the economic imbalance deepened. Despite the tit-for-tat strategy implied in the Russian-Western confrontation, there are definitely beneficiaries from the sanctions package imposed on Russia. While the West is busy diversifying its dependence on Russian exports, Azerbaijan and some Central Asian countries stand to gain much from this geostrategic uncertainty thanks to their pivotal position in the regional energy security system.

Following accusations and warnings about the political intentions behind the Nord Stream 2 project, the German President Frank-Walter Steinmeier finally admitted Germany’s mistake of holding on to the project and miscalculating Russia’s gamble. Shelving the project forced European leaders to accelerate the process of curbing dependence on Russian gas. Although top gas producers in the Middle East and African continent stand as their major source of supply, there are barriers to the implementation of a long-term agreement. Qatar has initially proclaimed its inability to take over Russian supplies with only 10-15% of capacity, yet it is primarily Asian countries that dominate Qatari exports through the long-term contracts. The willing African states crave investment; either some reserves are not developed (like in Algeria) or there is a significant inadequacy in production and supply chain. In fact, the continent is dominated by Chinese state-owned companies, encompassing different areas with massive investments that the West would, and did abstain from making. The gas giants of Europe, Norway and the Netherlands, are unable to increase volumes of exports further, as they barely furnish their own nationals. The Dutch government stays committed to its earlier decision to stop the extraction in Europe’s biggest gas field (Groningen) by 2022, and views it only as the last resort to heat households.

On the other hand, Italy is in a better position to realize the diversification of supply sources as it receives a significant amount of Algerian gas and actively participates in the enlargement of the Southern Gas Corridor. With the construction phase coming to the end in 2020, the EU-supported Trans Adriatic Pipeline (TAP) effectuated the transmission of natural gas from Azerbaijan to the southern parts of Europe. Since the first flow of gas in December 2020, Italy received 6 billion cubic metres of gas in a year. Considering the transmission capacity of SGC is planned for an expansion, Azeri gas can play a pivotal role at the time of global energy crisis.

Azerbaijan is the top oil exporting country for Italy, and two countries have been upgrading bilateral cooperation to higher levels recently. Earlier in 2020, two countries signed a “multidimensional strategic partnership” during Azerbaijani president’s first state-level visit to Italy, signifying the peculiar change in Italy’s years-long centrism in the Karabakh conflict. The support for Azerbaijan’s stance and active involvement in the rebuilding of the liberated territories in the aftermath of the war reinforced economic cooperation as well. During his visit to Baku in April 2022, the Italian foreign minister marked the first meeting of strategic dialogue between Azerbaijan and Italy, where both sides highlighted the importance of enhancing volumes of exports. While some experts consider further expansions unrealistic at the time of speaking, there is a new update around the Caspian Sea. In the framework of the $5 billion Trans-Caspian project connecting gas fields of Turkmenistan and Azerbaijan, which was paused for years, an interconnector is finally being planned to be built by the American company Trans Caspian Resources. It is a major progress on the way of resolving the years-long puzzle of transporting Turkmen gas through bypassing the world’s top sanctioned countries – Russia and Iran, yet despite the agreement on a gas swap deal between Azerbaijan, Iran and Turkmenistan made in December 2021, the relations between Azerbaijan and Iran are ambiguous, making it a less reliable option.

Azerbaijan’s active involvement in discussions of energy security paid off; Brussels demonstrates a profound interest in transferring Azerbaijan into a regional hub and ensuring larger volumes of gas to be transmitted to Europe. During her visit to Baku in February 2022, EU Energy Commissioner Kadri Simson summoned the meeting as an agreement to “step up our partnership”.

Although Azerbaijan’s capacity to produce and transfer gas is not comparable to those of Russia and Middle Eastern countries, and any extension requires massive amounts of investment, the EU is adamant to connect to the Caspian Basin. It is nevertheless noteworthy to understand why Azerbaijan is a preferred choice for the crisis-ridden European market.

There are different political factors lurking in the background. Coming to an agreement with Turkmenistan in 2021 over the long-disputed oil and gas field in the Caspian Sea and symbolically renaming it “Dostluk” (friendship) after years of confrontation had more of a political importance as it opened up the possibility of the Trans-Caspian pipeline. The bitter relations necessarily influenced the investment climate around Caspian Sea that Western companies abstained from getting involved as a disputed area. The resolution of the dispute reinforced Azerbaijan’s reputational status already shaped by high-protection investment schemes offered to interested parties. However, the timing also worked well for Azerbaijan. Following the decisive victory in the Second Karabakh War that significantly changed geopolitical realities, Azerbaijan saw a considerable shift in global attitude toward its position in the region. The country became a pivotal actor for different geopolitical and economic discussions, paving way for broader cooperation with the West. The long-awaited SGC project became operational with the finalization of works in TAP in December 2020, and the timing coincided with the post-war triumphant mood and reputational peak. With the first flow of gas through TAP to Italy, the SGC project succeeded in facilitating another interconnector in Eastern Europe, seeking to connect Bulgaria and Serbia to Azerbaijani exports.

The Russian invasion of Ukraine further bolstered the SGC’s strategic importance for the  Central and South East European countries. As part of the EU’s energy security strategy, the SGC project is in a better position as a long-term viable alternative to Russian supplies. The natural gas giant of North Africa, Algeria, is the second top gas supplier for countries like Italy and Greece, but it remains a big question whether it is capable of replacing Russia; although during his visit to Algeria the Prime Minister of Italy ensured a new deal with the Algerian President, the old Algerian pipelines appear unqualified to double supplies, as it is already imminent to reach the maximum capacity. The political instability, lack of modernized infrastructure and undiscovered fields in the North African country pave the way for an increased interest in Azerbaijani exports. In addition to a stable investment environment, Azerbaijan rejuvenated its regional role following the victory in the Second Karabakh War and hailed new cooperation agreements with different power centers. In this context, the soft-balancing strategy helped mitigate risks in its multidirectional relations and demonstrate equidistance. In the framework of the Russia-Ukraine war, Azerbaijan, as a post-Soviet country and neighbour to Russia, once again chose to practice a balanced approach without antagonising the sides. By maintaining a close contact with the Ukrainian president and providing humanitarian assistance, Azerbaijan could bypass stiff reactions from both sides.

To conclude, notwithstanding the final geopolitical implications of the Russia-Ukraine war, the diversification of energy sources has become a primary direction in the newly-updated plan of the European Commission. As the plan aims specifically to import from non-Russian suppliers, Azerbaijan is in an advantageous position to secure new long-term contracts with more coherent support packages. The strengthened global image and changing positions in the geopolitical chessboard bring the South Caucasian country to the fore of global energy discussions and highlight its geostrategic importance.