In early January, the sudden outbreak of massive anti-government protests in Kazakhstan and subsequent intervention by the Russia-led Collective Security Treaty Organization (CSTO) reverberated across the entire post-Soviet space, including Azerbaijan. 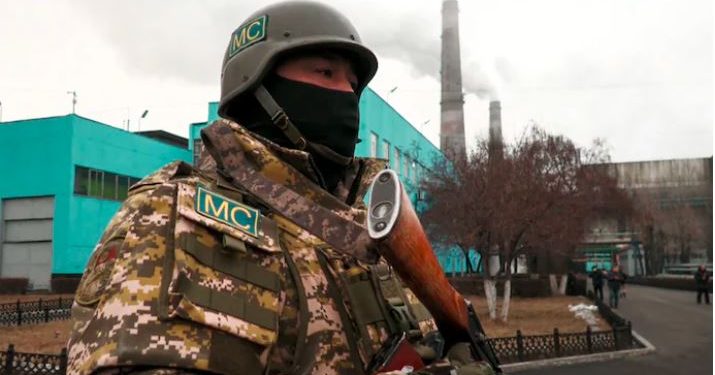 These events on the other side of the Caspian Sea are of great importance to Azerbaijan for several key reasons.

Above all, Kazakhstan is a major transit country along the Trans-Caspian International Transport Route (TITR), also known as the “Middle Corridor,” a multimodal transportation linkage between China and the European Union through Central Asia, the South Caucasus, Turkey, and Europe’s East (see EDM, April 27, 2020). The Kazakhstani crisis was initially seen in the region as a potential threat to this route (Commersant.ge, January 10, 2022); however, as the political situation there looks to have largely stabilized, the crisis would have only a temporary impact on the transportation along the TITR.

On January 6, Rufat Bayramov, the national secretary of the Intergovernmental Commission on the Transport Corridor Europe–Caucasus–Asia (TRACECA) in Azerbaijan, told the local media, “Cargo transportation by road and air transport has been suspended for the time being,” while the transportation of cargo by rail remains operational (Report.az, January 6, 2022). All participating sides have previously demonstrated interest in further promoting cooperation along the Middle Corridor. And this collective stance is unlikely to be negatively affected by the recent crisis in Kazakhstan.

Earlier, in late December, Khudayar Hasanli, the head of the Strategic Planning and Development Department of the Baku International Sea Trade Port CJSC (Port of Baku), said that the Port of Baku is integrating its information system with those of ports in Central Asia into a single platform. This is proceeding within the framework of cooperation under the Port Infrastructure Management program (Turkic.world, December 30, 2021). According to Hasanli, work in this direction with the port of Aktau (Kazakhstan) and Turkmenistani partners is being intensively carried out and, in the future, will cover the ports of other partners as well, thus optimizing work at border checkpoints.

Second, the political crisis in Kazakhstan and, in particular, the swift deployment of the CSTO forces were seen by Azerbaijanis within a geopolitical context. The relatively passive reaction of the Organization of Turkic States (OTS) to the crisis, as opposed to that of the CSTO, was widely interpreted as a shortcoming of the former. But some experts also viewed it as Russia’s backlash against the ongoing integration efforts amongst the Turkic countries (Ictimai TV, January 6, 2022).

The declared ambitions and proposed initiatives that came out of the latest summit of the OTS in Istanbul last November (see EDM, November 17, 2021) might have raised expectations that the organization would have sought to showcase a more active profile in response to a critical situation occurring in one of its member states. But the OTS went no further than to hold an extraordinary meeting of its foreign ministers and produce statements supportive of the Kazakh people and the government of President Kassym-Jomart Tokayev (Trtavaz.com.tr, January 11, 2022).

As such, the OTS member governments effectively signaled that they did not see the Kazakhstani turmoil as a matter of competition between Russia and the Turkic world. “For us, the events in Kazakhstan may be more [exemplary of] Russian-Chinese rivalries rather than geopolitical competition between Russia and Turkey or Russia and the OTS,” underscored Dr. Farid Shafiyev, the chairperson of the Baku-based Center of Analysis of International Relations (AIR Center), a think tank close to the government of Azerbaijan (Author’s interview, January 13, 2022).

The Azerbaijani media, nonetheless, widely drew parallels between the deployment of the CSTO forces to Kazakhstan and the dispatch of more than 35,000 Soviet troops into Azerbaijan in January 1990, supposedly to protect the Armenian minority there but in fact to quell the country’s independence movement (see EDM, January 21, 2021; Qafqazinfo.az, Modern.az, January 7, 2022). Some analysts, referring to Russia’s alleged plans to restore the Soviet Union and Moscow’s domination in the post-war peace process between Baku and Yerevan, warned against the Kremlin’s possible pressure against Azerbaijan to enter the Eurasian Economic Union (EEU) and the CSTO in the future (Reaksiya TV, January 10, 2022).

Finally, the Kazakhstani crisis was heavily discussed in Azerbaijan because of the role Armenia has played in it. As the incumbent rotating chair of the CSTO, Armenian Prime Minister Nikol Pashinian presided over the deployment of the CSTO forces to Kazakhstan and dispatched up to a hundred Armenian service members as part of the mission to counter the anti-government protests. This was seen by Azerbaijanis as a sharp contradiction to the democratic image promoted by the government of Pashinian, who himself came to power as a result of popular upheaval (Ictimai TV, January 6, 2022). Speculation even circulated that Armenian troops might eventually take part in a possible Russian invasion against Ukraine, as they have already taken part in Russia’s missions to Syria and, now, to Kazakhstan (Commonspace.eu, January 10, 2022).

The recent socio-political instability in Kazakhstan is less likely to negatively affect the Middle Corridor and Azerbaijan’s cooperation with Kazakhstan for the promotion of this transportation route. But the crisis, the role played by Russia and its allies therein, along with the inadequate response of the OTS are seen in Azerbaijan as potentially dangerous developments in terms of their implications for the future of regional geopolitics.