The sides also shared views on the prospects of the development of bilateral relations. 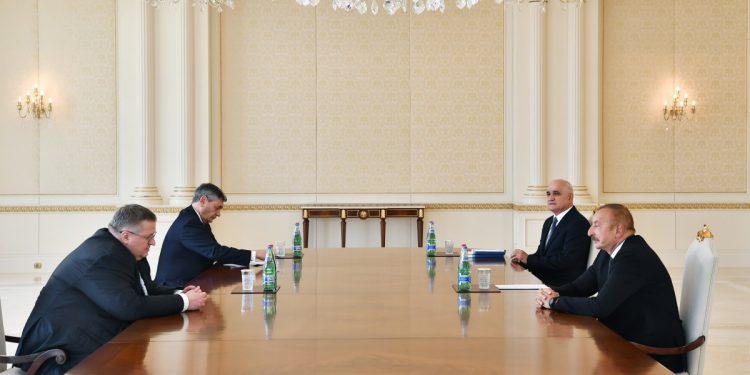 Azerbaijani President Ilham Aliyev and Russian Deputy Prime Minister Alexei Overchuk discussed the expansion of economic cooperation between the two countries and the activities of the three-party working group on opening of transport communications in the South Caucasus on Friday, according to a statement released on the website of the Azerbaijani leader, TASS reported.

“It was stressed at the meeting that the bilateral relationship between Azerbaijan and the Russian Federation is successfully developing in all areas, with trade turnover growth particularly noted. It was pointed out that there is good potential for further expansion of economic cooperation,” the statement said. The sides also shared views on the prospects of the development of bilateral relations.

Moreover, the conversation “focused on the activities of the Russia-Azerbaijan-Armenia three-party commission at the level of deputy prime ministers, with issues related to opening of communications discussed,” according to the statement.