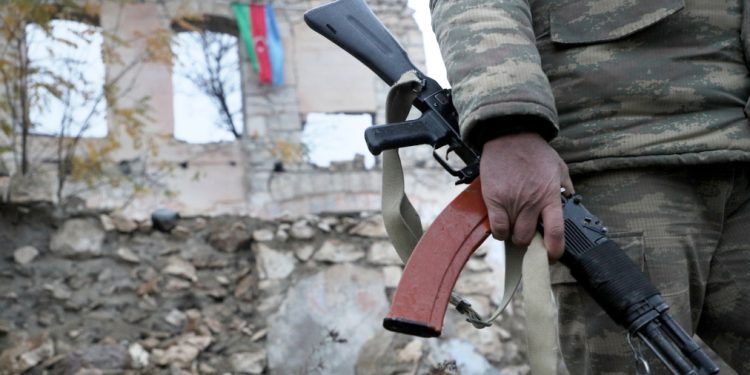 An Azerbaijani soldier was killed when “illegal Armenian armed detachments” opened fire in the border region of Lachin, authorities said on Wednesday.

They targeted Azerbaijani military positions early on Wednesday, according to a statement by the Azerbaijani Defense Ministry.

An Azerbaijani soldier was killed due to a bullet wound, it added, noting that a Russian peacekeeping contingent had been deployed in the area where the attack took place.