When Nasimi Pashayev tried to buy euros in Azerbaijan’s capital, Baku, to pay for his son’s education abroad, banks turned him down, citing what they said was a central bank cap on foreign-currency purchases. 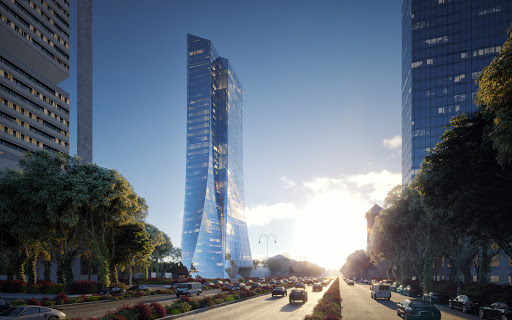 While Pashayev’s experience mirrors social media and local news reports of Azerbaijanis running into the barrier and the same explanation at banks, the regulator denies imposing a restriction on buying more than the equivalent of 20,000 manat ($11,800) in foreign currency in total since March last year.

The central bank said Azerbaijan maintains a “liberal” currency market and that lenders are relying on their own “internal procedures” to reduce foreign exchange risks, in an emailed response to questions.

Foreign-currency bank accounts are unaffected by the measure. Contacted by Bloomberg, banks either declined to comment or repeated the central bank’s view that there is no restriction on purchases, without elaborating. The central bank didn’t immediately respond to a request to say whether it had sought an explanation for why banks were apparently limiting sales.

Central bank Governor Elman Rustamov said in June that there’s no shortage of foreign currencies as the dollar offer exceeds demand at twice-weekly auctions organized by the regulator. Banks’ demand is met in full, he said.

Three former and current bank executives, speaking on condition of anonymity, said the regulator introduced the informal policy after dollar demand peaked at more than $1.9 billion in March 2020 amid speculation about a devaluation of the national currency. Individuals who want more than the limit have had to register as a business with the tax authorities and provide evidence of their income sources.

The oil- and gas-rich Caspian Sea nation has held the manat at around 1.7 per dollar in the past four years, even amid the global turmoil triggered by the Covid-19 pandemic. The currencies of neighboring Russia and Kazakhstan, the largest oil producers ahead of Azerbaijan in the former Soviet Union, declined by about a quarter over the same period.

The manat lost more than 50% of its value in two devaluations in 2015 as oil prices collapsed, when the central bank burned through two-thirds of its reserves to try to halt the slide.

While it rebuilt reserves to $6.5 billion as of June 30, they’re far below the more than $15 billion in the bank’s coffers in 2014. Combined with the state oil fund Sofaz’s $42.8 billion of assets, Azerbaijan’s total foreign reserves exceed gross domestic product, which was $42.6 billion in 2020.

Nazim Baydamirli, a former member of parliament from the ruling party, said a Baku bank declined to sell him dollars, explaining he’d reached the limit. “This unofficial ban by the central bank gives rise to a black market,” he said.

In Azerbaijan’s second-largest city, Ganca, Vuqar Shammadov said he was refused when he tried to convert 25,000 manat in savings into dollars. The bank only relented after he registered as a company, he said.

“The restriction in FX sales is to ease pressure on the manat and maintain the exchange rate,” said Samir Aliyev, an analyst at the Center for Support to Economic Initiatives research group in Baku. “The measure also aims to prevent dollarization of bank savings.”

The proportion of non-manat savings held by Azerbaijanis has gradually fallen since the devaluation crisis. The central bank said 48.7% of bank savings were in foreign currencies as of May 1, the first time since February 2015 that manat deposits exceeded them.