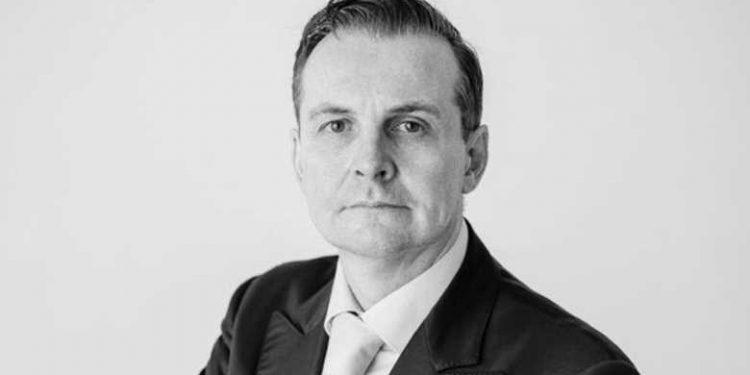 Capacity Europe 2021 saw a panel session on the Caucasus and Central Asia reveal plans from Azertelecom International, the Azerbaijan-based telco, to build two new subsea cable projects in the Caspian Sea and Black Sea as part of the company’s Digital Silk Way project.

Stuart Evers, chairman of Azertelecom International, said that the cable across the Caspian Sea is only 350km and is therefore a non-repeatered system.

“We are building a brand-new, 48-pair fibre-optic system across Azerbaijan using the railway. The RFP has been issued for that and we are at vendor selection at the moment. We are looking at the beginning of 2023 for that to be finalised; the Caspian Sea cable will also be 2023.”

As for the project across the Black Sea, Evers says that “there are just over 93 fibre pairs running through the oil and gas pipeline. We are going to put active equipment on that in 2022, so it will be ready for 2023, and we are actually building a new sea cable system in the Black Sea. It’s a consortium being led by our colleagues at Vodafone, and we believe this will be ready probably around 2024.”

Ultimately, the initiative aims to create a modern transit fibre-optic infrastructure network connecting Europe to central and southern Asian markets through Georgia and Azerbaijan. So, in addition to the aforementioned subsea cables, the project will also include a new fibre system across Azerbaijan.

According to Evers, the two new subsea cables create the fastest path in support of this new network.

“The drive is not actually around subsea cables themselves; the drivers are to build this Digital Silk Way – this new route between Asia and Europe – and the subsea cables just happened to be part of that,” he explains.

“Our ambition is to have the newest, best-in-class, best-quality and shortest route between Asia and Europe – and obviously to do that we need to cross some bodies water, the Caspian Sea being the first one. We do have some terrestrial options to get to Europe but one of the fastest ways is to go across the Black Sea as well.”

Creating the shortest possible route between the two continents, Evers says, will provide a lot of technological advances. It will also make it commercially successful. Looking at it from the perspective of the Chinese customers – some of the biggest traffic generators on this route – this new path will create a much-needed middle path, as well as some route diversity.

“They have this northern route that goes through Kazakhstan, Russia, Mongolia. They have a southern route using sea cables, which go from Hong Kong and Singapore, around India, to the Gulf then the Red Sea through the Suez Canal into Europe,” Evers says.

“This is geographically much longer, so our route then will provide this middle route, a central corridor, and that’s something that we believe there is huge demand for.”

The plan is for the project to focus solely on terrestrial fibre and subsea, Evers says, in order to create a direct link. There are benefits of this system for infrastructure such as satellite base stations, because of the “ever increasing demand” and the connectivity it will provide.

Though the configuration of the cables has not yet been finalised, both systems will feature “multiple fibre pairs across the whole length. So, it’s going to be 24 fibre-optic pairs, 48 fibre-optic pairs – some parts may even have more than that,” Evers adds.

While Azertelecom is considering Space Division Multiplexing (SDM) for the cables, Evers says it will be guided by their vendor – as the systems haven’t gone to request for proposal (RFP) stage.

“We haven’t gone to RFP yet; we are just finalising the RFP documents for the subsea cable systems. So we are not going to specify the technology that we need, we will specify only the cable routing and the capacity that we require – and then we are going to leave it to the vendors to come back to us with what they believe is the best solution for those particular cable systems.”

Evers adds that cable across the Caspian Sea will be very simple as it’s point to point between Kazakhstan and Azerbaijan. The one in the Black Sea is going to be “a bit more complex” as it’s going to be point to multipoint, and therefore will “probably have subsea switching technology as well”.

Unlike landing in somewhere such as Sardinia, Sicily or the south of France, which can be quite isolated, both cables in the Digital Silk Way project will be landed as close to Baku as possible and depart as close to Aktau, Kazakhstan, as possible.

“So, we would be only a few kilometres away from, let’s say, the data centres in Aktau,” Evers adds.

Across the entire project, Evers says, the plan is to have all the various components connected and meshed.

“We want to have control from a single network operations centre (NOC) and view them as one system. We need to be able to provision that end to end, but also within those modules, because not everyone will want to have connectivity all the way from the Kazakh-Chinese border to Europe – or vice versa.”

But wherever they have terrestrial components, Evers says, they hope to offer multiple routes, diversity and loops where possible.

As a private company, the Digital Silk Way is a private system “so it’s not government based, nor are we associated with other similar projects like the Belt and Road Initiative in China,” explains Evers.

That said, the system will be carrier-neutral and made available to anyone who wants to use it. “One of our ambitions is to open up the region,” Evers adds.

Paradoxically, the effects of the pandemic have had both a positive and a negative side, from what Evers has witnessed at Azertelecom.

“On the positive side, I think we, like everybody else, have seen our total reliance as a modern society on digital connectivity. We have seen that there is this ever-increasing reliance on digitalisation. I think the pandemic has accelerated that understanding, but also accelerated the demand for capacity.”

One of ways this has affected the project – besides the impetus to build out its infrastructure as soon as possible – is to go for more when it comes to selecting capacity.

“Where we have the possibility of going for a lower number of fibre-optic pairs versus a higher number, we choose the higher number because we believe that there is the demand for this and we don’t want to be in a situation where we are limited by capacity in 10 or 15 years’ time.”

On the other side of things, as an organisation, he says, they haven’t been able to go to visit potential partners and vendors, or even get together as a team. This, coupled with having some colleagues needing to isolate, and so on, means that Covid has caused some delays – as it has for almost every global project.

Things continue to progress for the company. In October, Azertelecom, and its Kazakhstani counterpart, Transtelecom, entered a Memorandum of Understanding for the TransCaspian Fiber Optic (TCFO) project.

The subsea cable project will form a part of the Digital Silk Way, connecting Azerbaijan and Turkmenistan along the bottom of the Caspian Sea, spanning 400km. It is expected to transmit data with a capacity of 4Tbps to 6Tbps.

Speaking at the time of the MoU announcement, Fuad Allahverdiyev, chairman of Azertelecom’s board of directors, commented: “We believe that in light of the increase in internet consumption all over the world, this large-scale digital project will contribute the development of the telecommunications industry in the region, as well as the expansion of business between countries and companies.

Looking ahead, Azertelecom is taking a very simple view of the roadmap for this project. Over the next three to six months, it wants to initiate the Digital Silk Way initiative.

“Once we have this finalised, then we have ideas about where we will go next – and that could involve additional subsea cable systems and additional terrestrial systems. But our focus is to get this East to West bridge finished.”