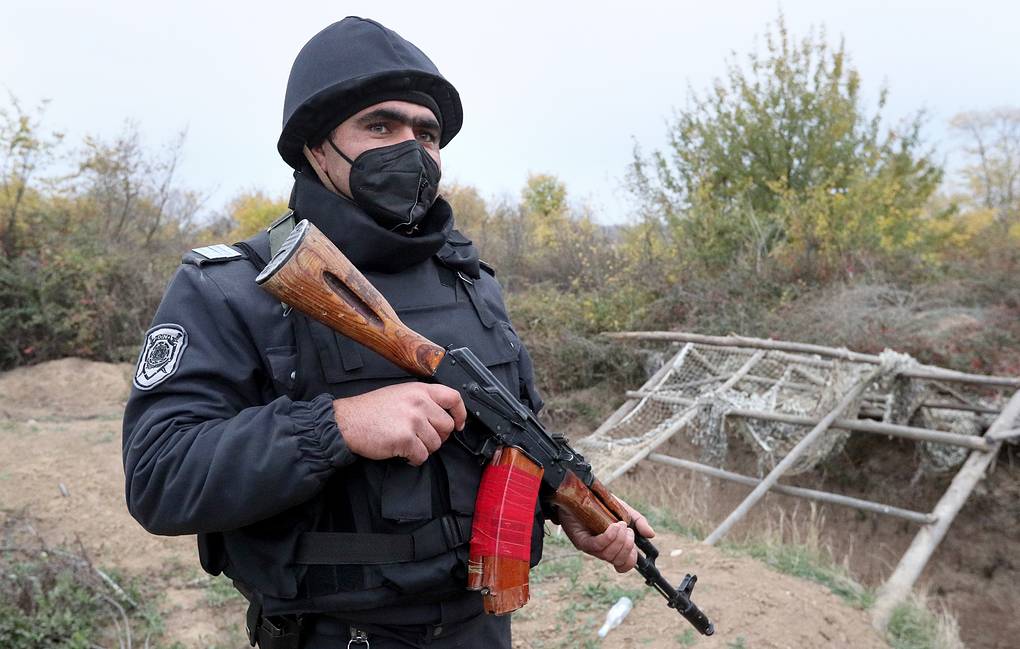 The Ministry of Defense of Azerbaijan announced that they had apprehended an Armenian Armed Forces serviceman, who reportedly was a member of a sabotage team that infiltrated Azerbaijani territory in order to lay mines.

“On June 8, an Armenian sabotage team took advantage of poor weather conditions and infiltrated our territory at the Lachin part of the Armenian-Azerbaijani border,” the Ministry said on its website. “Due to the vigilance of Azerbaijani Army units deployed on this direction, one team member — Artur Kartanyan — was detained. Other team members retreated and left the [Azerbaijani] territory.”

“According to a preliminary investigation, the sabotage team was there to lay mines on our territory,” the Ministry said, adding that the information regarding the detainee is being clarified at the moment.

The situation at the Armenian-Azerbaijani border in Gegharkunik and Syunik provinces remains tense since May 12. On May 27, Azerbaijan announced the capture of six Armenian servicemen attempting to cross the border for a sabotage mission. The Armenian side confirmed the capture but underscored that they were undertaking engineering works near the border in the Gegharkunik province. Acting Prime Minister Nikol Pashinyan called it an abduction of servicemen; later, Yerevan contacted the European Court of Human Rights over the incident.