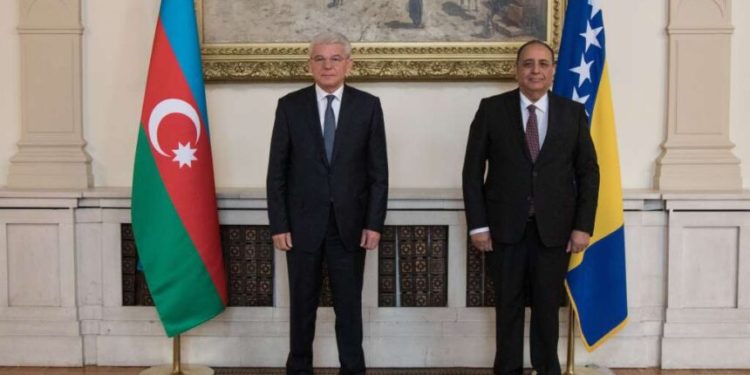 The two concluded that the decisions of the institutions of Bosnia and Herzegovina and Azerbaijan on the mutual opening of embassies in Sarajevo and Baku are very important for the further strengthening of the overall relations between the two countries, said the BiH Presidency.

The two sides established that bilateral relations are good and friendly and that there is room for improvement of economic, energy and cultural cooperation, as well as cooperation on the international level.

They welcomed the meetings at the highest level in the previous period and expressed that the continuity of visits will continue in the future.